Book Review: Has civic engagement been a casualty of austerity? 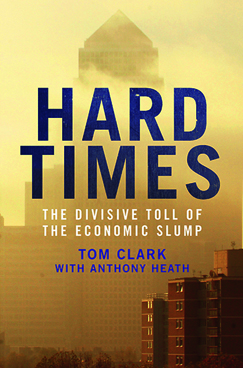 This book, by the Guardian journalist Tom Clark and the sociologist Anthony Heath, combines clear explanations of some complicated quantitative social science with in-depth qualitative material in order to illustrate the experiences of individuals.

Third sector organisations are well aware of the effects of austerity on their services, but two key messages here are of longer-term significance for the sector.

The first is about the effects of the downturn on voluntary activity. The authors use quarterly data to show that volunteering declined during recessionary conditions in 2008. This wasn't surprising – but they also found a substantial reduction in the average hours spent in both formal and informal volunteering. In both cases, the reduction was most rapid in the most disadvantaged communities. "The UK's social recession was considerably larger than its financial one," the authors conclude. The message is that in an economic downturn, disadvantaged communities need more support – yet under the government, public funding has been cut most rapidly in poorer communities.

The second message concerns the future. Will people become re-engaged as the economy improves? Not according to past evidence: surveys show that in previous downturns people who lost their jobs in their 30s became less civically engaged in their 40s – and the gap grew wider as they continued to age.

Austerity will therefore cast a long shadow over engagement, and will be longer and deeper in communities in greatest need. Read this book, then, for insights into the effects of austerity, and for a cautionary tale about the expectations of voluntary action.