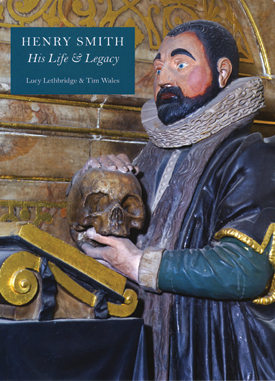 In many ways the story of the Henry Smith Charity mirrors that of charity itself in the four centuries since the Act of Charitable Uses 1601 was passed in the reign of Elizabeth 1.

Henry was a wheeler-dealer who became rich in the land grab after the dissolution of the monasteries. When he died in 1628 his charity was run by a colourful group of trustees answerable only to parliament and the courts.

They were soon involved in countless squabbles and law suits - but also in transactions that included the astute purchase for £2,000 in 1653 of 85 rural acres in Brompton, to the west of London.

As enclosure of land and the industrial revolution replaced the communal with a market economy, charities such as Henry's were sometimes suspected of encouraging idleness and the authorities increasingly required a link between giving and moral growth.

Fifteen years after the Charity Commission was established in 1853, it produced what the authors of this meticulous book call a "stinging" report on Henry's charity, which resulted in a "scheme" such as those it still produces. This hastened the modernisation of the charity through further adaptation of its original purposes, which included support for the needy of various parishes, for impecunious clergy, for Henry's "poor kin" and for the victims of Turkish pirates.

The Brompton land was developed in Victorian times and sold in 1996 to the Wellcome Foundation for £280m, the investment of which brought a jump in annual grant -making that now tops £25m a year.

Thousands of projects have been helped by Henry's legacy - anti-slavery charities now benefit instead of piracy victims. Little is known of Henry himself, but those who followed provide a rich and intriguing narrative.

Henry Smith, His Life and Legacy, by Lucy Lethbridge and Tim Wales, published by the Henry Smith Charity, £20