The animal charity clarified its mission with a rebrand

Blue Cross has more than a century behind it of helping animals and has established pet hospitals and rehoming centres across the UK, but it was struggling with brand awareness.

The basic blue cross symbol was synonymous with retail sales - such as at Debenhams - rather than an animal charity, so it decided to update its identity for the first time in 60 years.

Debbie Curtis, communications and development manager at Blue Cross, says: "We really wanted to get a clear and succinct explanation of who we are and what we do. The Red Cross logo is understood but there is a level of confusion around what Blue Cross does. We wanted to make ourselves more memorable and understood." 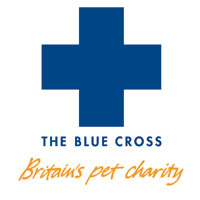 She says the charity, like many others, has an ageing donor base, so the rebrand was also seen as an opportunity to reach out to new supporters, including families and young professionals.

After a three-way pitch, the Good Agency was chosen to reinvigorate the brand in April 2011. Interviews were conducted with Blue Cross directors and trustees to establish how they viewed the brand and a communications audit of existing materials was carried out, comparing them with others in the same sector.

Perceptions-based research was also carried out with the charity's main audiences and prospective future supporters.

One of the main messages from the research was that, although Blue Cross had a consistent brand identity, it was lacking warmth and personality. The terminology "companion animals" was found to be confusing and it was concluded that a clearer focus on helping pets was wanted. The charity's name was not found to be a barrier to engagement.

The new logo was designed to be softer and friendlier than before to reflect Blue Cross's caring nature. A short strapline "for pets" was added alongside the name to add greater clarity. The new identity, which cost £70,000, was launched at Crufts dog show in March.

"It's been really rewarding, because the rebrand has been so positively received and we've had remarkable feedback, especially from our staff, members and supporters," says Curtis. "I think we've got it right in terms of look and feel, and the initial signs are promising."

As a pet owner, I love what the Blue Cross does. The new logo is a much-needed improvement on the old; it's a clean, clear, warm update. But does it go far enough?

The Blue Cross is in a highly competitive sector. The new identity brings it up to date, but doesn't differentiate it. It doesn't use the appealing but generic shots of pleading animals to give me any reason why I would support it over, say, the very compelling Dogs Trust brand. What about the underlying brand messages?

The wider design system that is built around the logo, the real 'differentiation engine', is rather unimaginative. The logo cut-outs look clumsy and dated, and are not widely used on the website, giving an inconsistent application overall.

Is this a sticking plaster identity that doesn't heal the real malaise?