A logo conceived in the 1980s might not be the best way to convey youth and vibrancy in 2012. So Central YMCA decided to rebrand, with the aim of modernising its image and raising awareness of its work.

The London-based charity, which works nationally with young people and in the health and fitness sector, was the world's first YMCA, established in 1844. But it faced the perennial problem that its brand was not well understood: market research found that fewer than half of people aged 18 to 24 associated the YMCA with young people, and more than one in seven young people did not know what the charity did.

Rather than have disparate brands, it wanted to establish an identity for a suite of brands to incorporate the charity's five operations - a health and fitness club in central London, health and fitness training, a qualifications awarding body, an arts and health centre and a touring theatre company. 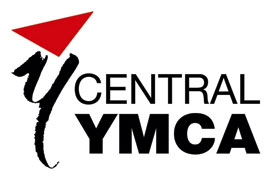 "We researched the opinions of service users and members, and found they are quite aesthetically sophisticated people, so we needed to provide something that was more pleasing to the eye," says Duncan Stephenson, head of PR and public affairs.

The rebrand follows the decision by the YMCA of America to rebrand as the Y in 2010. Central YMCA began to consider its own rebrand early in 2011 when it recruited a new design manager. The charity initially approached agencies but then decided to do the work in house at a cost of approximately £30,000. It wanted a brand and logo that was distinctive and memorable and stood out from the commercial competition.

The new identity went live in April and will be rolled out across all the operations over the coming year. The charity will still refer to itself as Central YMCA, but the overall brand will be "A world of good". This replaces the previous strapline, "Activity for health".

"The new strapline encapsulates the work that we do," says Stephenson. "It has a dual message: that everything we do contributes to the greater good of society; and it does us good, too."

He says the font Avenir was chosen because it is modern, friendly and distinctive. "We want to be seen as up-to-date, friendly and professional," he says.

Everyone's heard of the YMCA. But I had to do some homework because I knew very little about the purpose of the charity or its amazing history - although I do know all the dance moves from the eponymous song and video.

The new logo attempts to inject some youthful energy into the brand by using rather banal, hand-drawn letterforms, with an incongruous capital A tagged on the end. The iconic red triangle (perhaps representing mind, body and spirit), which was a graphic element in past logos, global variations of the brand and the American 'Y' identity have been ditched.

But wait - there's the triangle, the subtlest of nods to the past, hidden inside that capital A! But I still can't help feeling this is a missed opportunity to produce something memorable for a world famous brand.