The charity explains why it dropped the YWCA initials after more than 150 years and an expert assesses the new brand.

The Young Women's Christian Association was founded in 1855. It changed its name to YWCA England and Wales in 2002 and this month it unveiled a radical new identity - Platform 51.It was a big decision to drop the YWCA initials after more than 150 years. In other ways, however, the charity found it easy.

Kate Rayner, the head of marketing at Platform 51, says the old name gave people two false impressions - that the charity was still a Christian organisation, and that it worked only with young women.

"As the name has been around for a long time, it was a big decision," says Rayner. "But we'd had to keep explaining that we didn't just work with young women and Christians." 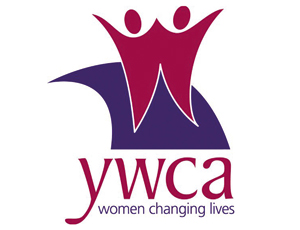 A name change had been mooted for some time, but the decision was made earlier this year after the charity used perception testing, which revealed poor public awareness of the old name. Few people had heard of it and those that had thought it was stuffy and old-fashioned. People also confused it with the YMCA.

The charity hired the third sector consultancy nfpSynergy and asked designer Nick Darke to come up with new names and identities. Darke began with a list of 60 names, which was whittled down to a few. Platform 51 was chosen because 51 per cent of the population is female and the word 'platform' conveys how the charity speaks up for women and gives them practical support.

One of the main concerns about the new name was that it didn't immediately explain what the charity does: so to make it a bit clearer, the strapline "girls and women at heart" was added.

The new colour palette uses a lot of pink, which generated debate - some groups, such as Pink Stinks, a social enterprise that campaigns against gender stereotyping, think that pink is already overused in the representation of women.

"We did bear this in mind," says Rayner. "But the feedback we got was positive, especially when combined with the purple and green."

The new brand went live at the start of December and is being phased in gradually at a total cost of £60,000.Rayner says it should make it easier to attract funders and appeal to service users.

This is a missed opportunity to make the role of this charity and its audience more relevant and obvious. The name is confusing: even if it is inspired by the fact that 51 percent of the population are women, it still sounds like a property development.

The strapline should be more descriptive because it is such an abstract name. I still have to work too hard to figure out the charity's purpose in the world.

Given that this charity is concerned with making female voices heard, it is somewhat surprising that more was not done to develop a more distinctive language and an individual tone of voice.

The unclear name, the weak use of language, uninteresting photography and a rather brash colour palette all condemn this rebrand to future indifference from those asked to interact with it.