Miriam Mason-Sesay runs EducAid, a network of free schools that try to give the best possible education to some of the most vulnerable people in Sierra Leone. Three thousand EducAid pupils are spread across nine sites with 155 staff, most of whom are past pupils. "Over this Ebola period, 10 per cent of our pupils stayed with us and lived in school," she says. "Our schools weren’t allowed to open for September 2014 after a state of emergency in Sierra Leone was declared on 1 August. A small number of our pupils had nowhere to go, and a small number went into vulnerable situations with aunts and uncles or distant relatives – that's fine for weeks, but not for months, which it has now turned into. Some families asked for their children to stay with us to go to school, but others were removed by aunts or uncles worried about the situation." 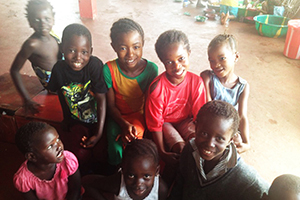 The Ebola outbreak continues to claim lives, with 11,020 deaths worldwide reported as of 3 May 2015. The situation is improving, but Sierra Leone is still experiencing new cases every day, albeit at a slower rate than before. The country can be granted Ebola-free status only when no new cases have been registered after 42 days.

Ebola is notoriously difficult to register because its early signs are very similar to other, less dangerous conditions. "That’s the problem," says Miriam. "You have to behave as if everything is Ebola until it’s proved not to be. No child who went out of one of our schools was allowed back in among the other kids. Staff were allowed out with permission but had to explain where they were going. They weren’t permitted to go to anyone’s home, a funeral or an Ebola infection hotspot. They weren’t allowed to go and see sick relatives. We’ve had staff and students lose their entire families, and the only reason they’re not dead too is that they were with us. 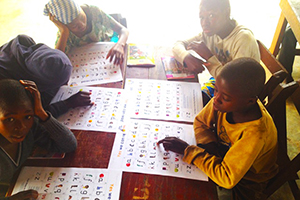 Miriam describes the coordination of getting food to quarantined homes as "not great. There were situations where children were left in quarantined homes on their own with no adults; some of these children now attend our schools after we found them in that situation. Children were supposed to be taken to centres where their symptoms could be checked every three hours so they had the maximum opportunity to get treatment quickly if they started showing symptoms. Some of our children are as young as four, and we tried to have rules about no touching because of the illness, but the little ones are just too young to understand. They were jumping all over me shouting 'don’t touch, don’t touch!'" 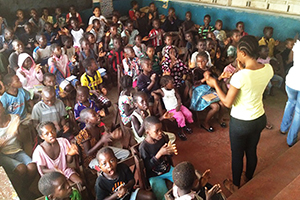 Miriam is brutally realistic about the long-term effect of the epidemic on Sierra Leone. "I think it’s going to be devastating," she says. "We have a population of five to six million and three to four thousand have died of Ebola. It’s not the number of people who have died; it’s the economic consequences that are going to hit the country in the long term. Tourism was slowly beginning to revive, but how long is it going to take to rebrand the country now? The key to making the country less vulnerable is education – education that teaches initiative and is values-led rather than rote learning. We teach ‘we, not me’."

EducAid uses BT MyDonate because "it doesn’t have any hidden charges," says Miriam. "BT MyDonate gives everything we raise to us, not what it decides to pass on."