What was the partnership? 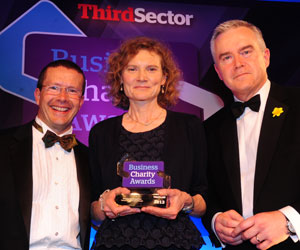 What did they do?

The company helped the charity put together a package of blogs, audio and photography of women's stories in their own words aimed at the public and policy makers. A public exhibition of the work was also held at the Oxo Tower Wharf in London.

Thomson Reuters contributed £72,000 to the initiative, which included donations from the company itself and contributions from staff. More than 700 hours of staff time were devoted to helping to produce and publicise the project.

What did it achieve?

Elite estimates that the exhibition reached 3.2 million people who either visited or were informed about the project through media coverage and fundraising events. The material will be re-exhibited at a later date.

What did the judges say?

Abigail Brady, social investment manager at Investec, said: "It was a really strong project with valuable benefits to both parties and a good legacy that could be made stronger with the direct involvement of policymakers."