This category in the Campaigns for Good Awards from PRWeek, Campaign and Third Sector honours successful good-cause campaigns that involve partnerships. We reveal and profile the winners below

Tasked with positioning the UN as the world’s most important active platform for change, a new seat was introduced in the UN plenary – representing the world’s people – to deliver a message leaders cannot ignore.

The topic of climate change was chosen after research by Kantar TNS found people are searching for more ways to act on this crucial issue.

A speech was crowd-sourced across social channels through #TakeYourSeat – 17,000 people contributed. The launch video inviting people to participate received 9.3 million impressions on the UNFCCC‘s Facebook page in the first week, and more than 158 million people saw that the UN was inviting them to participate on Twitter.

A two-minute film, crafted from the video footage and comments shared on social media, was presented during the speech, the first presentation of its kind in a UN plenary.

The spokesperson was Sir David Attenborough, who delivered raw testimonials of those affected by climate change directly, pleading with decision-makers to act in the best interests of the planet. The demands met with applause and a standing ovation in the room. They were also streamed live via the UN’s Facebook page, where more than half a million people tuned in.

Afterwards, Attenborough launched the ActNow.bot, created in partnership with Facebook, which enabled people to communicate directly with the UN at scale.

The speech on the COP24 stage reached more than 1.3 billion people, including a social media reach of almost 510 million people. The campaign generated more than 1,600 articles and 500 pieces of broadcast news. 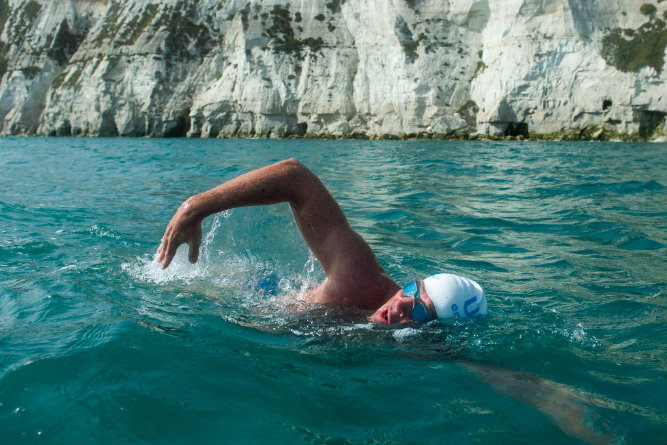 To raise awareness about and help for Marine Protected Areas in UK waters, which were being affected by plastic pollution, this campaign focused on an incredible swim.

Lewis Pugh last year became the first person to swim 530km from Land’s End to Dover, across 49 days, wearing nothing but Speedos.

The collaboration involved the Lewis Pugh Foundation, thinkBeyond Talent, Frank PR, Surfers Against Sewage, FXTM, Sky and Speedo, the official partner, whose support was in line with its wider 90th birthday celebrations.

Media partner Sky provided daily coverage, and a programme of events was delivered, including an official launch in Westminster attended by politicians and media, a speech at the Surfer’s Against Sewage Ocean Plastics Solutions Day and a photo call with Prince Charles, five public beach cleans in association with Surfers Against Sewage and Speedo, and the public and media joining Pugh on individual legs.

The government of South Georgia and the South Sandwich Islands, a UK protectorate, subsequently increased marine protected areas from 2 per cent to 22 per cent, a move Pugh had repeatedly called for. In March 2019, the UK government announced 443,000 square kilometres of water around the Ascension Islands would be designated an MPA.

Winner: Be Seen, Be Heard – Unseen, in partnership with PMP Recruitment 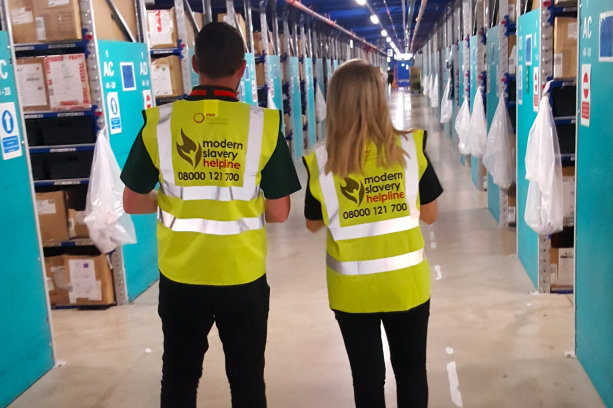 This joint campaign by PMP Recruitment – a warehouse and production recruitment firm, part of the Cordant Group – and the charity Unseen UK aimed to raise awareness of the Modern Slavery Helpline among workers most at risk. It also wanted to publicise the problem with other recruitment agencies and relevant companies.

With the help of third party partner, BDM Arcscan, PMP printed the helpline logo and number on every high-visibility jacket worn by employees.

An information pack about modern slavery was sent to all PMP clients. PMP also contacted rival recruitment firms to encourage them to get involved, sending information packs.

All profits from sales of helpline-branded merchandise were donated to Unseen to further support survivors.

During the campaign launch week, PMP engaged with 22 competitors, 150 client decision-makers and 35 industry leaders. In the same week, the campaign reached 140,000 people through social media, the campaign web page and the high-visibility jackets.

The Home Office praised PMP and Unseen for the campaign and recognised forced labour as a key area for tackling slavery in the UK. Many recruitment agencies and PMP clients also contacted Unseen to ask how they could act.

Several FTSE 100 companies are now receiving training and consultancy from Unseen and have started fundraising initiatives to support survivors.

Judge’s comment: "Incredible campaign. So simple, but such a fantastic impact" 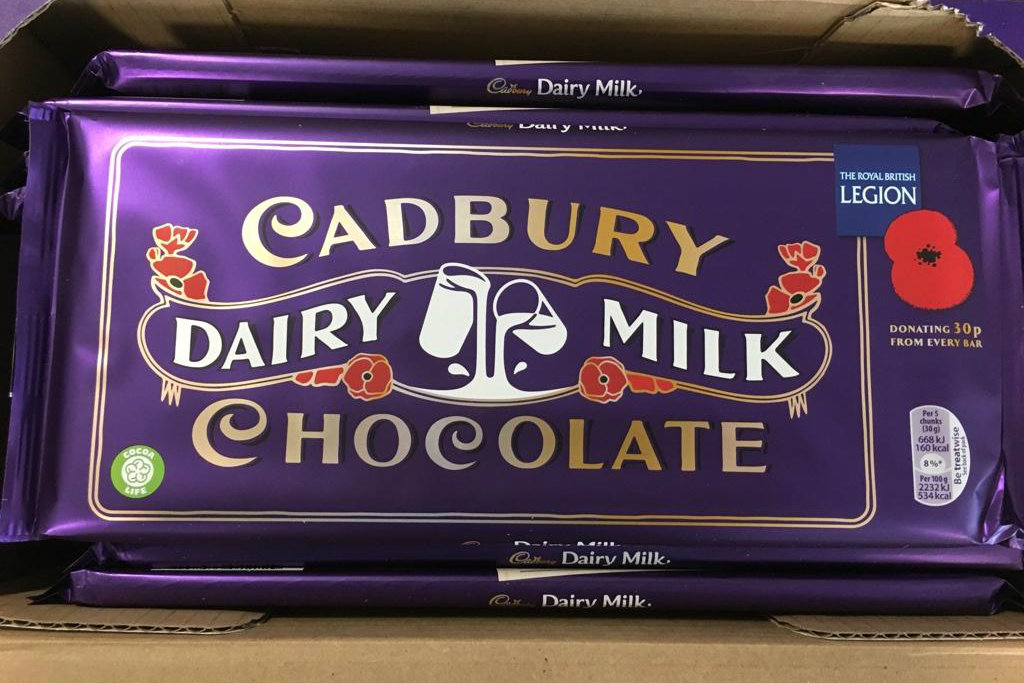 In 2018, Cadbury embarked upon a year-long partnership with The Royal British Legion to commemorate the centenary of the First World War, supporting the legion’s Thank You Movement to thank the war generation, including many Cadbury workers who fought.

In partnership with the legion, Cadbury digitised archive photos and first-hand diary extracts to create a digital campaign that retold stories of commitment and sacrifice. These assets were used to create videos, narrated by legion beneficiaries from a programme of recovery through the arts for ex-serving personnel.

These videos were accompanied by articles about the men who fought, and the "Cadbury Angels", women who worked in the business during wartime and sent almost 30,000 care packages to men serving on the front line.

A limited-edition Cadbury Dairy Milk bar was launched, featuring the 1918 design and 30p-per-pack charity pledge to the legion.

The campaign received coverage across the UK media. The campaign’s content hub on the Telegraph delivered 19,330 unique users and the content had an average two-minute dwell time, against a 90-second benchmark. A focused approach to media buying exceeded the reach target by 29 per cent.

The campaign achieved 100 per cent positive sentiment, with 80 per cent of consumers saying they found the content heart-warming. The limited-edition bars delivered almost £2m of incremental sales in just two weeks.

Judge’s comment: "Nice use of brand heritage and a relevant and interesting campaign" 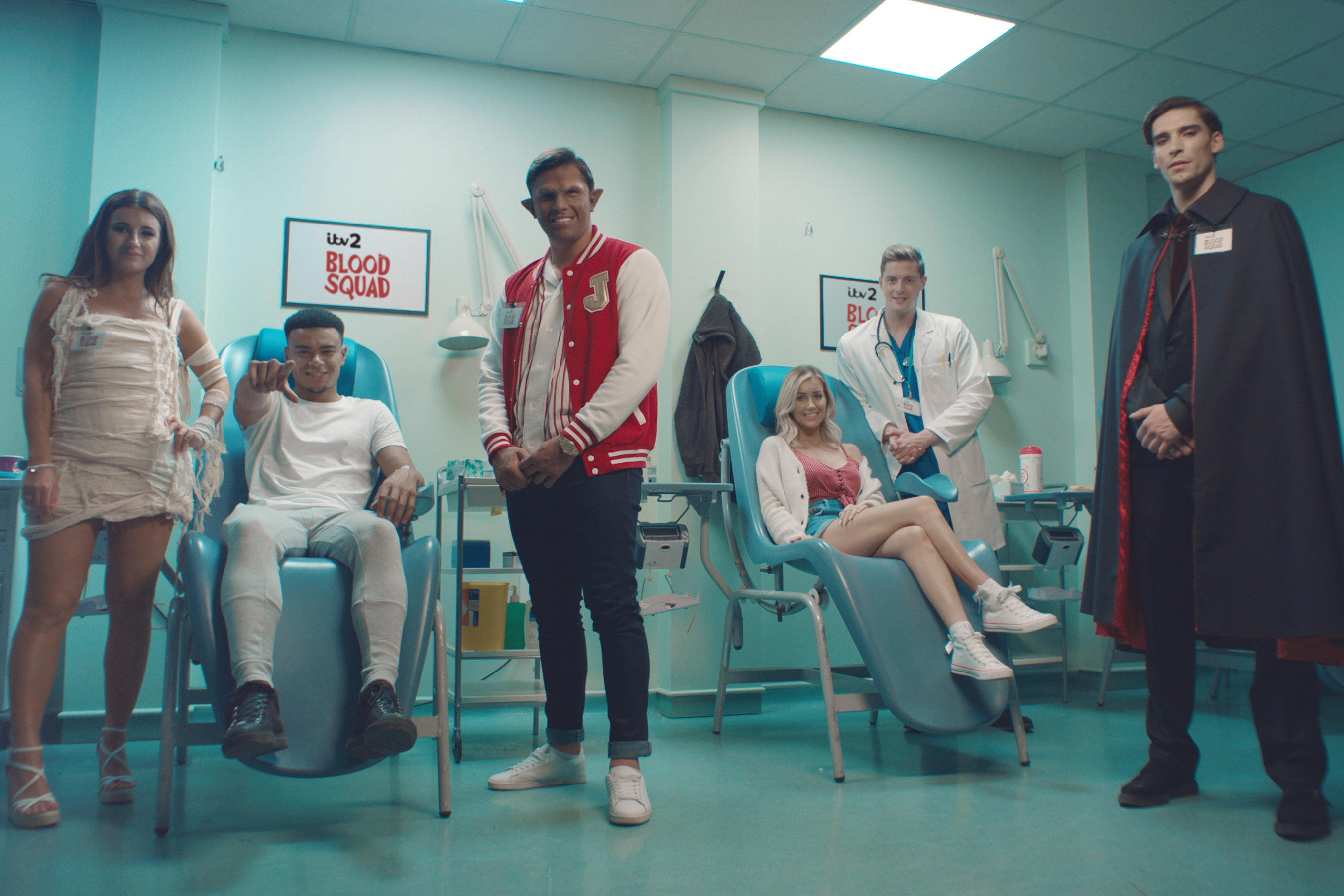 With 81 per cent of 18 to 24-year-olds having never given blood, NHS Blood and Transplant wanted a national campaign to tackle the barriers that stop young people donating.

Working with ITV2, the answer was the ITV2 Blood Squad. It saw five members of the ITV2 Love Island cast encourage each other to give blood, and debunked common myths associated with it.

TV adverts ran on ITV2 on air and digital channels during October 2018, capitalising on Halloween as a hook to take the fear out of blood donation in a light-hearted way.

Four behaviour-change techniques were used: reframing, using insights to reframe common barriers to donation, such as perceived pain; social norming, using the popular and influential Love Island cast; herding, by creating a social campaign that used hashtags and prominent influencers to encourage the behaviour to be followed; and chunking, breaking down the process of donating blood into smaller and more manageable actions.

The ads were supported by digital activities, with all ITV2 content directing people to a ITV2 Blood Squad landing page with more information. Social media videos and GIFs were used, and amplified via a paid social media campaign. The PR campaign featured a national press release that highlighted the need for young donors and recalled the experience of Love Island stars in donating blood.

The first iteration of Small Talk Saves Lives was named Campaign of the Year in 2018, and the follow-up was equally impressive.

The campaign is based on research that found talking to people who appear distressed can help to reduce the number of suicides and, given that someone in the UK takes their own life on the railway every 36 hours, the railway is a key location.

Stage two had four specific objectives: continue to build awareness of the campaign among passengers; improve understanding that somebody in need might be considering taking their own life and suicide can be preventable; increase the likelihood of intervention; and improve confidence of what to look out for and say.

A new film, Everyday Small Talk, was created to directly address key barriers, with the focus shifting from the person in distress to the potential intervener.

It shows a woman in various light-hearted situations discussing the weather with strangers. The final shot takes a more serious tone as she approaches a clearly distressed man at a train platform and raises the same topic.

The campaign was supported by a multi-channel marketing plan that included targeted social media promotion, media and influencer outreach, out-of-home advertising and in-station activity. TV presenter Gaby Roslin – who was involved in a life-saving intervention – recorded a special station announcement for passengers.

The campaign gathered more than 150 pieces of media coverage. The video was viewed four million times and more than 12 million people were reached on social media, where the film was engaged with on more than 138,000 occasions.

Judge’s comment: "Always hard to do the second leg of a successful campaign, but this was really clever. It clearly educated the public on what to do. It shifted attitudes and awareness"