It is rare that a charity campaign gets cited by the Chancellor and secures almost £17m from government coffers, particularly in such austere times. But the On Our Own Two Feet initiative by Action for Children and Barnardo's achieved both feats.

The campaign to establish a system of savings accounts for children in care began in January last year.

Looked-after children had been eligible for £500 and additional top-up payments from child trust funds, which were abolished in 2010. 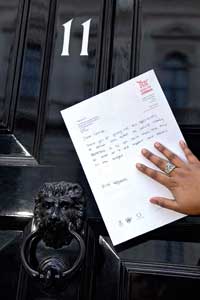 Action for Children had campaigned against the abolition but, instead of giving up, it mounted another campaign.

Matthew Downie, head of parliamentary and public affairs at Action for Children, says there was widespread political support for retaining payments to children in care but the act abolishing them had to be rushed to meet deadlines. So the charity knew it had a good chance of success.

The two-week public campaign in the run-up to the Budget was named after the report On Our Own Two Feet, written by Downie. It proposed a new system of savings accounts for children in care. Fifteen charities that help looked-after children pledged support.

The aim was to get a financial commitment in the Budget. The Chancellor, George Osborne, said he had seen the report and would provide funding. He awarded £5m, but it was soon clear this figure was inadequate for the 55,000 young people eligible for it.

Action for Children and Barnardo's resumed lobbying for the sum to be increased to £12m.

In November, Tim Loughton, Minister for Children and Young People, announced new payments worth a minimum of £200 to every looked- after child - £16.7m in total.

Downie attributes success to collaboration, a clear message and the charity's flexibility when dealing with ministers and civil servants.

Almost 1,300 people emailed their MPs, 64 per cent of whom had never been involved in the charity's campaigns before.

Downie acknowledges that the campaign benefited from a fair political wind, but adds: "Ultimately, good campaigning is good campaigning whether you are in times of austerity or not. Money can always be found."

It's lovely to review a campaign with a beginning, a middle and a happy ending.

One of the biggest challenges for charity campaigns is judging how to compartmentalise the ask so it is ambitious and important while also being realistic, achievable and finite. Many campaigns fail because they're too ambitious and leave the audience feeling helpless when faced with huge issues.

This campaign was straightforward, with a clear, unambiguous name and ask that made it about a hand-up rather than a hand-out, something that is in line with the prevailing wind of change.

Creatively, it led with the voice of the young people affected and was all the more powerful for it: an object lesson in bringing dry policy debates to life and achieving positive change for thousands of people.