Plus: A call to educate politicians about the difference between social enterprise and charity and a consortium for organisations that want to win public service contracts 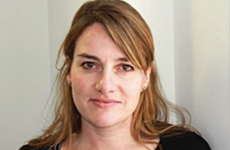 Rather than keeping to himself the six-figure advance from his newly published book Revolution, the comedian Russell Brand has decided to set up a coffee and juice bar in east London, run by people recovering from addiction. Yes, after months of our comms man Sam haranguing Brand to get him to join the social enterprise revolution, it appears he has already done so. Brand told The Guardian: "I'm going to use all the money now for social enterprises."

Sadly for readers of Third Sector, Brand went on to say: "We need systemic change, not charity." This is eerily similar to the message spelled out by the government's enterprise adviser Lord Young of Graffham at the Social Economy Alliance's fringe event at this year's Conservative Party conference. He told us that social enterprise was a concept that differed fundamentally from charity. With almost half of all UK charities already identifying themselves as social enterprises, it is clear there's work to be done to educate politicians and celebrities.

Lord Young took questions at the conference about the big outsourcing companies, including whether he could foresee a "social Serco". He said the era of behemoth companies was over, but he was yet to be convinced charities and social enterprises could step into the space. Let's convince him. The National Consortium on Social Enterprise now includes 750 charities and social enterprises and aims to reach 1,000 by the end of the year. If your organisation wants to win public service contracts, sign up at www.3sc.org/ncse-sign-up.