How can charities protect their young fundraisers?

Everyone likes to see children engaging in the wider community and being thoughtful and kind. Child fundraisers tend to garner press interest, but is that always a good thing? How can charities ensure that young people aren’t being thrust unwillingly into the limelight?

The Little Princess Trust provides real-hair wigs to boys and girls across the UK and Ireland who have sadly lost their own hair because of cancer treatment. The charity work closely with both those who provide hair to make the wigs and the recipients of them.

Charlie Marsden, 14, is one such hair donor, and a rare one for Little Princess Trust because of his gender. Charlie has had long hair since he was a small boy and loves what he calls his "shield of hair".

As well as donating his hair, Charlie wanted to talk about the fact that he had been bullied for his hairstyle and make it clear that he planned to regrow it and have it cut each year, raising awareness and funds for the Little Princess Trust through MyDonate while beating the bullies.

Charlie aimed initially to raise £500 but, as with many child fundraisers, his efforts and generosity have sparked interest and support from across the country.

He has featured in national newspapers and radio shows. With one month to go before his haircut, Charlie has already raised more than £2,500 – enough for seven real-hair wigs – and increased awareness of the charity and of other boys with long hair.

Charlie chose the Little Princess Trust as the charity he wanted to support, and he and his mother have welcomed any opportunities to raise awareness and funds. But how can other charities ensure that they have a mutually beneficial relationship with their young fundraisers? How much press attention is suitable for a child? And how can charities ensure they are protecting child fundraisers in case the attention gets too much? 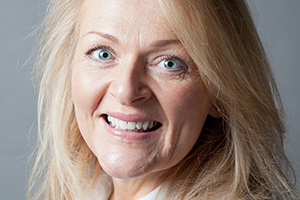 Dealing with the press is something parents and children might not expect when they commit to a challenge, so what can the charity do to help and support their child fundraisers? We asked Monica Glass (right), charity manager of the Little Princess Trust for her advice.

Obtain the parents’ agreement from the beginning

Charity appeals can be emotive and sometimes children will want to help without thinking through the ramifications, which is where the parents’ input is essential. Likewise, make sure the children are behind the fundraising effort, and aren’t being unwisely encouraged into it. If you are using pictures on your website, provide a content-managed system in which the parents can post directly. This removes any issues over whether or not the parents agreed to a photo being used.

Once you’ve received a press request, simply inform the parents of the facts. Do not coerce or cajole them into taking part, however useful it might be for your charity. Railroading is inappropriate and can lead to difficulties down the line. Put the parents and the journalist in contact, then remain in the background once you’ve reinforced to the parents that they can pull out of the opportunity and not feel obligated if the request becomes more demanding or complicated.

Parents will often contact you to ask "what would you like me to say?" before taking part in a press opportunity in local media. Have some media guidelines ready for them, written simply, so that you’re not bombarding people with information when they might be nervous before an interview.

…just as a school would, and make sure all front-line staff have read it and agreed to it.