They have tens of millions of followers, but are charities making the most of these online stars?

When the beauty and fashion vlogger Tanya Burr supported a campaign by the anti-poverty charity One on Twitter, it was able to get its message to 2.5 million people free of charge.

"62 million girls are denied education. Join me in signing ONE’s International Women’s Day letter," tweeted Burr, who attached a graphic from the campaign. Her post received 1,660 likes and 572 retweets.

Besides her Twitter audience, Burr has 3.7 million YouTube subscribers, making her one of Britain’s leading social media influencers.

Social media influencers were virtually unknown five years ago. Now they are at the cutting edge of marketing.

The premise is simple: find somebody who has the attention of an online audience you’re trying to reach and get them to engage their followers with your cause. Celebrities tradionally filled this role, and many still do, but social media stars are equally important today.

"It’s something that has only been on my radar for the last three years or so," says Tom Haughton, European artist and talent manager at One, whose strategy is to get influencers to support campaign actions. Haughton says neither One nor his previous employer, the NSPCC, pay influencers, but getting their attention can be tricky because they’re so popular.

"We approach some directly, some through their agents," he says. "We talk about what a campaign is doing and what our actions are. Then we work on how they want to be involved and what kind of actions they would be interested in supporting, such as pointing people to sign up to a campaign.

"You need to build relationships. You need to invest time to make sure they are interested and fully briefed in case they get questions from their audiences."

Rays of Sunshine, which grants wishes to children with serious and life-limiting illnesses, derives huge benefits from having One Direction as ambassadors.

In February, guitarist Niall Horan urged his 29 million Twitter followers (800 times more than the charity) to support a fundraising campaign. His post, which tagged Rays of Sunshine and included the number to text for donations, received 26,000 retweets and 73,000 likes.

I’m supporting @CaitlinKydd #Kisses4Wishes for @raysofsunshine. TEXT KISS03 £3 to 70070 to donate £3 . share the ? this February

"We did see a slight increase in donations, but the awareness was key," says Sarah May Kershaw, PR and communications manager at Rays of Sunshine.

Kershaw says social media-famous influencers, such as the Sidemen, Zoella and Alfie Deyes, who have two million, four million and 12 million YouTube subscribers respectively, are ‘"just as important as pop stars these days". 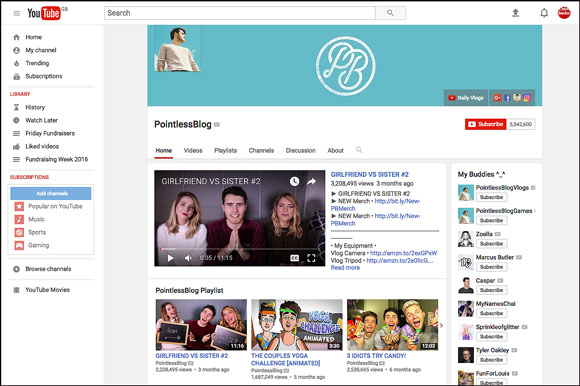 "Target influencers who have an affinity and/or a connection to your cause," she advises. "Authenticity is really important to social media followers."

Charities with grittier causes might find it difficult to attract mega-popular influencers, but even those with a few thousand followers are worth targeting if they have your audience’s attention, says Dan Dufour, brand strategy director at the agency The Team.

The Team is currently rebranding the Brain Research Trust. Dufour says getting the charity’s advocates to endorse video content about the new look will be a key part of the launch.

Dufour says many charities are as adept as big companies at influencer marketing because it allows them to reach so many people at little cost. But others, he said, would benefit from skills seminars.

Nevertheless, there are risks, says Dafour. "It’s like entering a brand partnership: you have to think of the influencer as a brand and be confident they don’t have any skeletons in the cupboard.

"I’ve seen charities use it as a way to engage younger audiences, but you have to be cautious and make sure the views of the social influencer are the right fit and don’t have any negative consequences. Do your homework and see who else they endorse."

IndaHash, a company that connects brands with 220,000 global influencers, has a football-style card system to deal with negative influencers: three yellow cards or one red card and they’re dropped.

Joanna Pawluk, its chief growth officer, says influencers with between 1,000 and 100,000 followers often achieve better engagement rates than the megastars."Such influencers have smaller, more intensely focused audiences who cluster around shared passions," says Pawluk, who says engagement rates – likes, comments and shares – of 3-4 per cent are the norm for the charity sector."

You probably won’t be surprised by what Pawluk says achieves the highest engage rates – selfie campaigns.