The gurus say charities are mostly failing to make the most of giving on the web. Sophie Hudson asks them for the remedy

Many charities are adept at traditional forms of fundraising, but some are still struggling to get to grips with raising money online, according to experts.

They say that some lack the skills and funds to develop effective online mechanisms for collecting donations; others lack the know-how.

But the consensus among the experts that many charities have not developed effective online fundraising mechanisms is not matched by agreement about what they can do to improve. 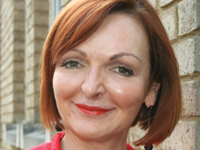 neesha Moreira, director of fundraising and marketing consultancy at the consultants Action Planning, says charities need to think more strategically about their online fundraising and give serious thought to working with technology partners to improve their websites.

"Some charities have developed their own, far too complicated technology solutions," she says. "They've developed websites that are bespoke to their organisations and have cost a lot of money, but the reality is that there are other solutions that cost less and are much easier to manage."

She says one of the most useful things specialist companies can do is to tailor charity websites to the specific needs of visitors. This means that people who land on a charity's home page can choose their specific areas of interest, such as making a donation or volunteering, and find that the site enables them to do this easily. 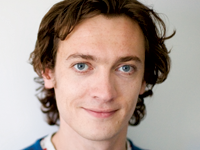 James Higgott, vice chair of the Institute of Fundraising's technology special interest group and web editor for the Royal Marsden Cancer Charity, agrees that charities should trust the experts about online fundraising.

He says he has seen a number of charities try to build their own versions of sites such as the donation site JustGiving, only to end up with worse products that result in fewer donations.

"Often charities think they can avoid the fees that sites like JustGiving charge by doing it themselves," says Higgott. "But unless you put a lot of effort, time and money into it, you can end up with an inferior system for your supporters. This can be frustrating and can lead to fewer donations coming in."

He says there is no getting away from the fact that technology costs money and organisations that try to avoid this soon run into problems.

"Investment is the most important thing," he says. "It costs money to do online. Thinking it's free is the biggest reason the charity sector is still behind the commercial sector."

There are, however, signs that some charities are trying to catch up with the commercial sector in their approach to online fundraising. A recent survey by the Charity Retail Association found that more than half of charities that responded sold items such as clothing online to raise funds.

The survey of 75 charities, which between them run more than 4,000 charity shops, showed that 56 per cent sold items online. The majority used the online auction website eBay.

Although more charities have made the move online, Wendy Mitchell, head of policy and public affairs at the CRA, says charity shops still aren't competing with commercial companies in this area. "But the statistics show charities are feeling positive about the growth of online sales - we can see it's going to take off," she says.

Mitchell says she knows of one charity that already makes 10 per cent of its retail sales online, which shows that it is possible to operate online at a similar level to the commercial sector.

Others, however, are more sceptical about the value of investing in online fundraising through donors' personal computers.

Tim Longfoot, managing director of the agency Open Fundraising, says that when charities approach him about improving their digital fundraising he advises them to concentrate on mobile phones rather than computers.

"Online is slow and clunky and the payment process is painful," he says. "Because of that the future is mobile."

Steve Bridger, a digital consultant for charities, agrees that the mobile part of online will be increasingly important for charities. He says charities should be thinking about optimising their websites so they can be used easily on smartphones.

"In the future that is the way people are going to be communicating with your organisation," he says.

Grahame Darnell, managing director of the fundraising, marketing and management consultancy Darnell Consulting, says that whether charities are using online or mobile fundraising, it is vital that they do not forget that these are just additional channels for fundraising - charities must therefore not forget the usual ingredients of a successful fundraising campaign, such as a compelling ask.

"People shouldn't lose sight of the fact that it is still a means to an end," he says. "We've still got to have the basics of fundraising in there."