Charities spending up to 90 per cent of fundraised income on direct mail costs, commission finds

Some charities have been spending up to 90 per cent of their fundraising income on direct mail costs, according to research by the Charity Commission.

The study found that the Hungry Children Project raised £430,950 in income through fundraising but spent £385,822 on direct mail costs – 90 per cent of its voluntary income. The London-based charity makes grants to organisations working to relieve poverty and suffering in children and works in conjunction with Hungry Children Project in the US, according to its latest filed accounts.

Gandhi World Hunger was the second highest in the list, spending 88 per cent of its £734,718 income raised through fundraising on direct mail costs, according to the commission. The charity said in its accounts that that it had spent £327,827 on direct mail fundraising and £312,303 on education and development but the commission concluded that these education and development costs were wrongly attributed and should have also been included as fundraising costs. 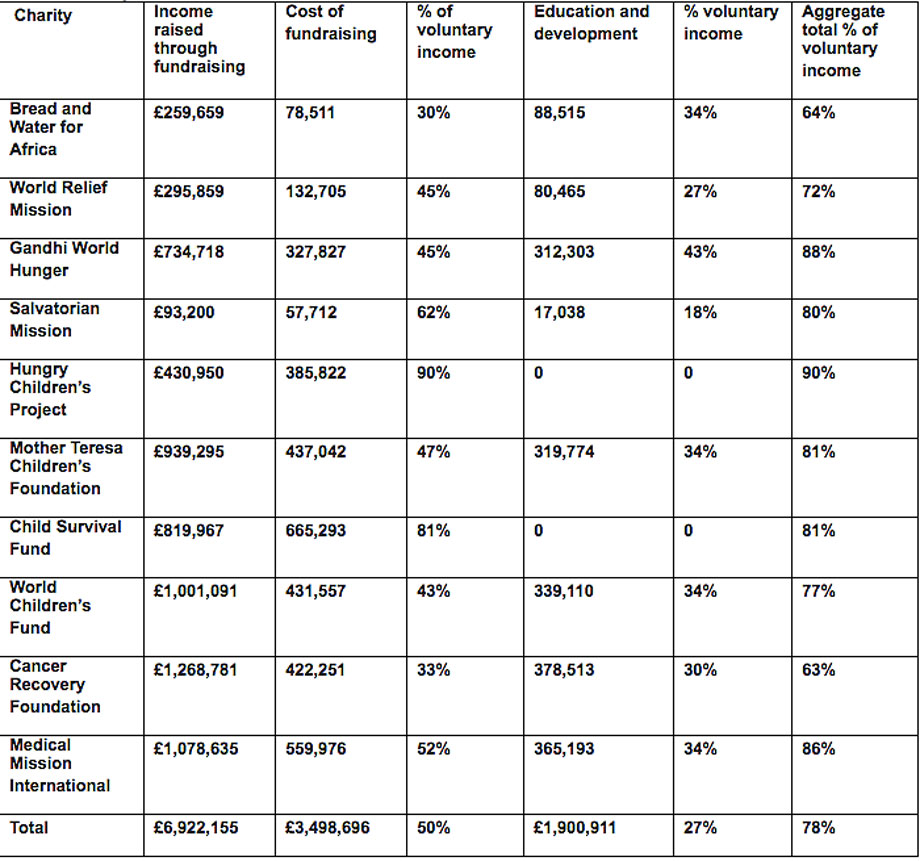 Medical Mission International, an international charity that provides medical assistance, was the third highest in the study. It spent 86 per cent of the £1,078,635 raised through fundraising on direct mail costs, according to the commission’s study.

The Child Survival Fund, which combats poverty worldwide, at 81 per cent spent was next in the list. The study shows that it raised an income of £819,967 through fundraising and spent on £665,293 on mailing costs.

David Holdsworth, chief operating officer at commission, said in a statement: "The commission undertook a review in 2015 focusing on charities using direct mailing as their principal source of fundraising. We identified several concerns and where necessary issued action plans for making improvements. We are actively monitoring these"

Peter Lewis, chief executive of the Institute of Fundraising, said in a statement that the initial cost of a direct mail campaign may be significant compared with the amount of donations in the first year, but many of those initial supporters "will then stay with that charity for many years to come".

He added that data shows that in general every £1 spent on fundraising activities generates £4 for the charity.