The Charity Commission has published new, shorter public benefit guidance that is less prescriptive and offers more freedom to trustees of fee-charging charities.

The commission originally published public benefit guidance in 2008, but withdrew the parts relating to public benefit and fee-charging charities in 2011 after a legal challenge by the Independent Schools Council.

The commission also retracted parts of its general guidance, which was left on its website with the retracted parts marked. All previous guidance has now been withdrawn and replaced by the new documents.

The commission carried out a consultation on the new guidance between June and September last year, which led it to list 28 action points that it has addressed.

The guidance is divided into three new parts: the first looks at what it means to be a charity; the second examines what is necessary to operate as a charity; and the third covers how a charity reports on its public benefit.

The commission has also published an Analysis of the Law Relating to Public Benefit, which is available in a separate document and no longer forms part of the guidance itself. 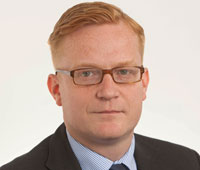 , a senior associate at the law firm Stone King, said that the new documents no longer referred to the "principles" of public benefit, but instead to the "aspects". Murdoch said this change, and the publication of the separate analysis, were intended to make it clearer that the commission was not the final arbiter of the law on public benefit.

"These seem arcane legal points, but in fact they mark an important shift in the commission’s attitude," he said. "It is responding to criticism that its guidance is a distillation of the law. It is saying that the guidance is not something that must be obeyed – rather that it is something that must be read, understood and considered when making decisions. Like so much else, this change comes about as a result of the ISC case."

The commission has also provided separate guidance on charitable purposes. This, too, does not form part of its public benefit guidance.

Fee-charging and the poor

The commission’s new guidance gives much greater freedom to fee-charging charities as to how they meet their public benefit requirements. The guidance tells trustees of charities that charge fees or offer services that "the level of provision that trustees make for the poor must be more than minimal or token". But it says that it is for trustees, not the commission or the courts, to decide how to do this.

This is a sharp departure from the guidance that appeared before the 2011 case, in which the commission was much stricter about exactly what kinds of benefit were permissible.

The commission’s view on harm is that "a purpose cannot be a charitable purpose where any detriment or harm resulting from it outweighs the benefit". It says that it must be "reasonable to expect" that the harm will originate from the organisation’s purpose.

Relatively little case law exists on the question of harm or detriment by a charity, but it is an area that might be subject to substantial debate if the case of the Preston Down Trust comes before the charity tribunal. The trust is a test case covering the registration of organisations belonging to the Plymouth Brethren Christian Church. Former adherents of the church claim that its "doctrine of separation" is harmful to former members, who are often separated from their families.

Despite adopting a more hands-off approach, the commission still makes it clear that it will intervene if it feels that "the trustees are not complying with their duty to carry out their charity’s purposes". It says it will consider intervention according to a risk framework. This suggests that the commission might be more ready to take regulatory action, as suggested in separate statements by both its chief executive and chair last week.