Charity pay study 2019: Who are the highest earners?

There are few more emotive subjects in the charity sector than senior
executive pay. People frequently cite high salaries as one of the main reasons for not giving. Some charity staff, especially those working for smaller organisations, also resent the six-figure salaries paid by some organisations, arguing that such bumper pay packets run counter to the sector’s values.

As for the national media, they’re only too happy to criticise perceived "fat-cat" charity salaries.

Since 2013, Third Sector has been tracking the highest salaries paid by the largest charities, publishing the findings every two years.

The top-100 list is drawn up by analysing the annual accounts of the largest 150 charities by annual income and those of a number of smaller charities known to pay high amounts.

Once again, the medical research funder the Wellcome Trust retained top spot, paying a member of its investment team almost £3.2m after its investment portfolio returned a profit of £2.2bn over the year. The trust declined to name its highest earner. Next was the charitable hospital the London Clinic. Its highest earner received just under £1.3m in 2018. The hospital declined to name the person.

A number of large, well-known charities do not pay their senior executives enough for them to appear in Third Sector’s top 100 list. This includes major fundraising charities with incomes of more than £100m a year such as Unicef UK, Comic Relief and St John Ambulance.

Christian Aid, BBC Children in Need, WaterAid and Cats Protection were other well-known major charities that paid their highest earners less than the £140,000 needed to make the top 100. The disaster relief charity International Mercy Corps UK, which had an income of £123.7m in the year to the end of June 2017, paid its highest earner, who is not identified, between £60,001 and £70,000 over the same period.

The Consumers’ Association, the charity behind the Which? brand, was third, awarding former chief executive Peter Vicary-Smith a total of £825,000 in his final year at the charity.

The lowest salary to feature in the top 100 was between £140,001 and £150,000: seven charities reported paying their highest earners in this salary bracket.

To put that figure in context, the median pay of FTSE 100 chief executives was £3.9m last year, according to the Chartered Institute of Personnel and Development and the think tank the High Pay Centre.

Charities are required to state in their accounts the number of employees who have been paid more than £60,000 a year.

The British Council had the highest number of employees earning more than this amount: 511 came into this category, which is 172 more than in 2015.

In second place was Save the Children International, which had 346 employees earning more than $75,000 (£58,000). The charity is based in the US so reports its figures in US dollars.

The charity in the top 100 with the lowest number of staff members earning more than £60,000 was the grant-maker the Leverhulme Trust, which employed only three staff on salaries over this amount. However, the highest earner at the charity, which had an average of 14 full-time-equivalent staff in 2017, was paid between £260,001 and £270,000 during the year, enough to place that person in 21st place on the list. The trust had an income of £99.4m in 2017.

Two charities known to pay their highest earners more than some of the UK’s largest charities made this year’s list. These were children’s charity Caudwell Children and the Thrombosis Research Institute (see "Small charities, big payers").

Two charities that have incomes too low to feature in the Charity Commission’s list of the largest 150 charities by annual income but are known to pay high salaries have made the list.
The first is Caudwell Children, which provides equipment, treatment, therapies and support to disabled children and was set up by the mobile phone entrepreneur John Caudwell. The charity, which employs 45 staff, according to its accounts for 2017, paid its highest earner between £280,000 and £290,000 in the same year. This put the person, who is not identified
in the accounts, in 17th place on the top-100 list. Caudwell Children had an income of £11.4m in 2017, about £50m short of being in the top 150 charities by income as per the Charity Commission’s data. The charity paid four unidentified people more than £60,000 in 2017, its accounts show.
The Thrombosis Research Institute, which conducts academic research into the detection, prevention and treatment of blood clots, is the other charity included in the top 100. It paid its highest earner, who is not named in the accounts, between £230,000 and £240,000 in the year to the end of July 2017. The charity had an income of £18.1m in the same year and paid five people more than £60,000, the accounts show.

The charity Motability, which runs a government-backed scheme to provide cars to disabled people, hit the headlines last year when it emerged that Mike Betts, chief executive of the Motability Operations Group, a connected company, was paid £1.7m in the year to 30 September 2017, including a long-term incentive scheme payment of almost £727,000.

A report produced by backbench MPs last year described the executive pay levels at the company as "totally unacceptable".

One area where the top 100 charities appear to be falling down is in naming those who earn the highest amounts.

Five years ago, the National Council for Voluntary Organisations recommended that all charities with gross incomes of more than £500,000 a year should publish the names and job titles of their highest-paid employees. But our research indicates that the majority of the highest-paying charities are ignoring this call, with 54 of the top 100 charities not naming their highest earners in their annual accounts.

Reaction to the findings

Vicky Browning, chief executive of the charity leaders body Acevo, says it is important that charity chiefs are fairly remunerated for the skills, experience and responsibility involved in running a charity. 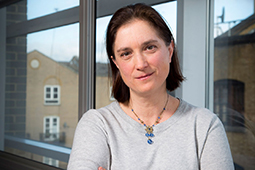 "Many large charities are hugely complex organisations operating in challenging circumstances, often with global remits and significant staffing levels," Browning (left) says. "Although the boards of very large charities need to consider whether the pay packets of their executive teams reflect the values and ethos of the organisations they run, they also need to ensure that chief executives are paid at a level that matches their role and responsibilities."

David Fielding, managing partner of the specialist charity executive search company Attenti, perceives a degree of reluctance among senior charity sector employees to change roles at present, which is contributing to average pay levels not changing since Third Sector conducted the last of its salary surveys two years ago. 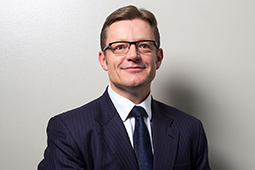 Fielding (right) puts this down to factors such as it taking longer for chief executives to implement changes in their existing roles and needing more persuasion to move if they enjoy a good relationship with the chair or board and have control and flexibility over how they work.

"Ten years ago, people said that once you had done two or three years it would be job done and you could move on," he says. "Now it is taking longer for organisations to transform and adapt, which means people are staying in these roles for four or five years."

A lot of charity trustees are also finding it difficult to set appropriate pay levels, according to Fielding.

"There is a tension for trustees when it comes to setting senior pay in that they want to be seen as attractive to candidates but equally they are aware that people will go rooting through their annual accounts looking for unreasonably large pay packages," he says. "There is more sensitivity among trustees about how they might justify high pay to the public."

Fielding says that rather than just looking at the amount a job pays, many top charity executives are putting increased value on the calibre of the chair, the board they will work with and perks such as flexible working or the ability to work from home.

Browning points out that the salaries paid by the largest charities do not give a full picture of pay in the sector. Research on salaries carried out by Acevo among its members has shown a general downward trend in charity chief executive pay in recent years.

"I personally would put that down much less to media coverage than to the financial pressures many organisations have faced over that period," she says.

Browning says she has no hard evidence to show charities have become more open about senior pay levels in recent years, but there are "certainly a lot more conversations being had at chief executive and board level about pay, accountability and transparency".

The average salaries in almost all the individual categories have risen since Third Sector’s previous salary survey in 2017.

The median salary was equal to or better than it was two years ago in all categories except two: among the 12 charities in the schools and education bracket and the four in the professional and trade bodies. The median high pay package in the largest category, general charities, which are those that are most likely to be major fundraising charities and therefore most concerned about public opinion, has barely changed over the past two years.

But this is about £4,000 lower in real terms than in 2017, when set against the composite price index provided by the Office for National Statistics.

This would indicate that mainstream charities are considering public attitudes and endeavouring to show restraint when setting top pay.

Average salaries in the hospitals, medical and scientific category have historically always been among the highest in salary surveys conducted by Third Sector since 2013, and this year is no different.

The median salary among the 11 charities from this category was up by £40,000 on two years ago to £325,000, and a similar rise could be found in the mean salary. The inclusion of the Francis Crick Institute, featuring in the list for the first time, helped bump up average levels with a salary that ranked in the top 10.

The individual average figures in several of the categories are liable to be quite volatile given that they are based on figures from a small number of charities.