Efficient charities have stepped up to challenges, while others are struggling. Annette Rawstrone reports

This year's Charity Pulse reveals weaknesses in charity management, but the findings are not totally bleak. The survey shows that some charities are responding to the pressures of the economic downturn and working with staff to emerge fitter and stronger.

Frances Hurst of Birdsong Charity Consulting, which conducted the survey with Third Sector, believes such charities will be ready for the challenges, but warns of a polarisation in the sector, with other charities left struggling. "The good are getting better - and the bad are getting worse," she says. 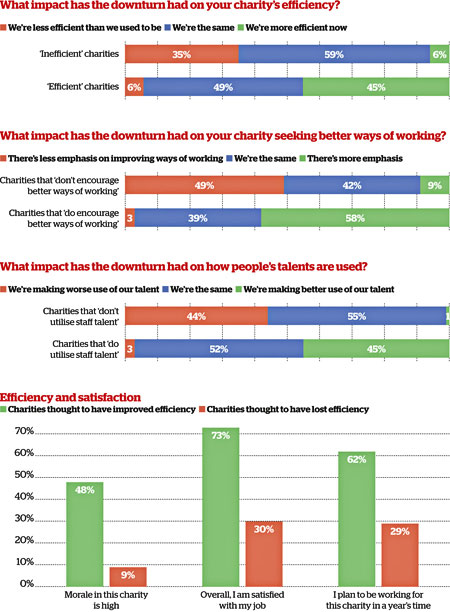 - Read our results on charity leadership

- See how charity morale has dropped