How to get a charity rebrand right

From a logo tweak to adopting a new name, charities looking to perfect their identity must be sure to do the right thing at the right time for the right reasons. Kirsty Marrins reports

Rebrands can be costly and time-consuming affairs, and are sometimes viewed as an ‘unnecessary expense’. But done the right way, they can strengthen understanding of a cause, reach more people and increase supporters.

At some point in your charity career, you are likely to experience a rebrand or brand refresh – but when is the right time for one, and why should you do it? 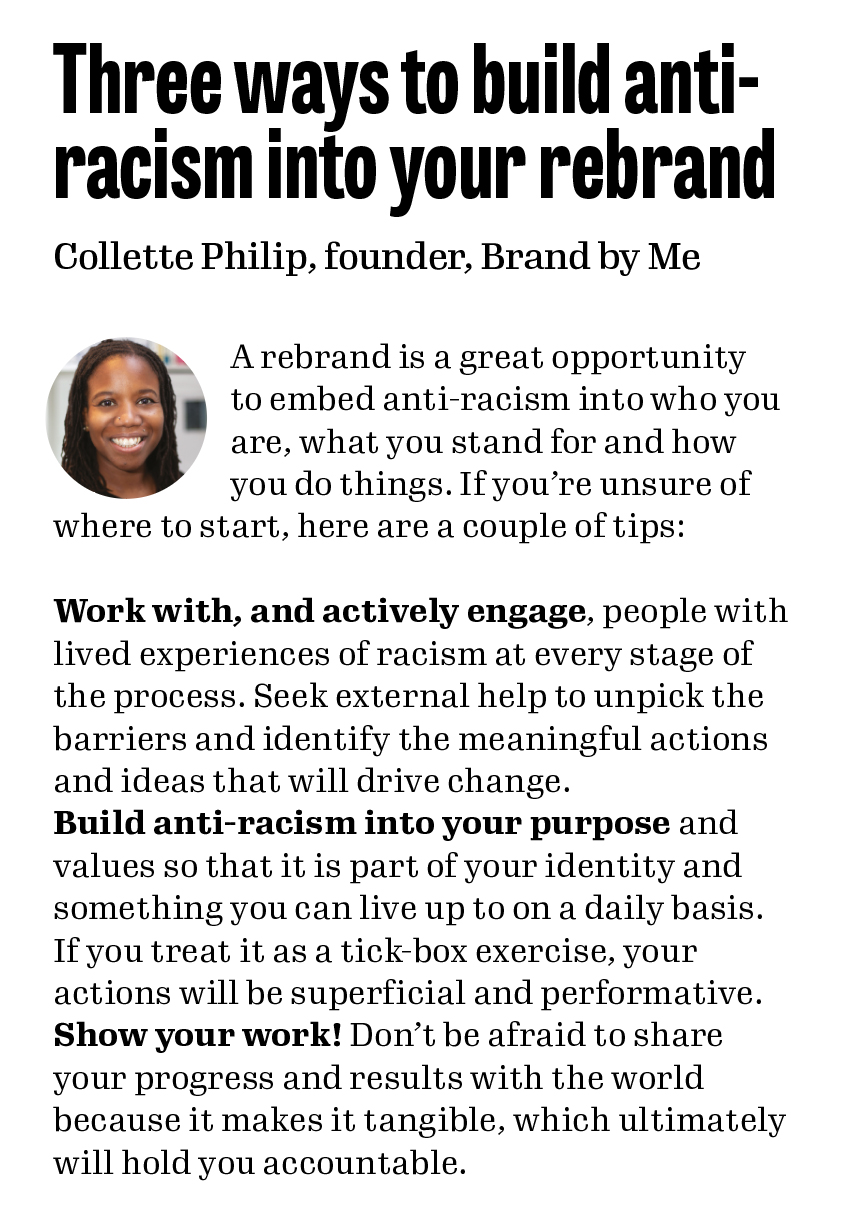 The time to rebrand, says Kimberly Ferguson, brand manager at the British Heart Foundation, is when “there is a disconnect between how a charity sees itself and how the public sees it”.

Brand plays a vital role in delivering a charity’s mission and ambition. In some cases, a disconnect could come down to known factors, such as a shift in strategy that is not reflected in the brand, or a name that is not engaging an audience.

“We knew we wanted to be a bold, courageous, modern charity and make a difference to the one in five adults in the UK who is deaf or has hearing loss, and the one in eight with tinnitus,” says Cheryl Hughes, head of brand at hearing loss charity RNID. “Our old brand was a barrier for this, and did not align with our new strategy.”

After rebranding as Action on Hearing Loss in 2011, the charity recently reverted to its previous name RNID, after research found it was more well-known and trusted.

“Our new purpose – to make life fully inclusive for deaf people and those with hearing loss or tinnitus – is so important right now, and we couldn’t join that conversation as Action on Hearing Loss,” Hughes says. “So it was all about our audiences, their needs and how we could reach them.”

Research by Blood Cancer UK (previously Bloodwise), also found its name was holding it back and that many people were not aware it was a charity.

Helen de Soyza, head of brand and communications at the charity, argues that the strongest reason to undertake a rebrand is when a brand gets in the way of delivering a mission. But whatever the reason, you need “robust evidence to back up your decision to rebrand”, she says.

The importance of research and evidence to back up the need for a rebrand cannot be understated, according to experts.

They advise looking at brand trackers, internal data such as a decline in supporters or income, and running workshops and focus groups with key stakeholders in order to understand the pain points. Most importantly, listen to the feedback.

“Our community is our brand”, says de Soyza. “We involved fundraisers, researchers, clinical nurse specialists and people affected by blood cancer in the process. We offered them the opportunity to feed back, and kept them up to date with how it was going through video messages from our chief executive, which gave it a personal touch.”

RNID’s Hughes advises that a rebrand is a journey, and it’s important not to rush it. The charity held numerous workshops and feedback sessions over an 18-month period to ensure that it properly understood the pain points for its current processes.

“We created brand steering groups and appointed brand champions to really take people on a journey of a new brand and get them excited,” Hughes says.

“We also took a phased approach to the development and implementation [of the new brand], which meant we could evaluate as we went along, and we weren’t trying to do everything at once.”

Importantly, organisations must not forget to equip staff and volunteers alike with the tools they will need to talk confidently about the reimagined brand as part of this process.

As Ferguson says: “From a brand perspective, staff and volunteers are your strongest assets.”

Rebranding on a budget

Rebrands are often costly affairs, but they don’t have to be – small charities can rebrand successfully without breaking the bank.

Start with research, says de Soyza. “We used a paid survey tool, but there are free ones you can use. This will help you to understand what the problems are with your brand.” Hughes advises using the organisation’s email database for the first round of research, and setting up workshops on Zoom to save on travel costs.

Many agencies are willing to offer small charities a reduced fee or even pro bono support. De Soyza suggests approaching local universities, as they often have final year students needing projects to take on, while Ferguson advises looking for an agency that will help with strategy, but equip organisations with the skills to do a lot of the work such as desk research.

The most important thing to remember, they say, is to involve the right people at every step of the journey.