Charity shops: Alive and thriving on the high street

The retail sector as a whole is struggling. Yet many charity shops are not only surviving, but growing their income. PJ White finds out what it takes to succeed

In the midst of a sustained crisis in the UK’s high-street retailing, the Birmingham-based John Taylor Hospice took a strategic decision to buck the trend. It opened its first charity shop in Erdington in May, just as Maplin, Toys R Us, Poundworld, Mothercare and other familiar landmarks of the high street were closing stores or ceasing to trade.

The charity plans to add two more shops by the end of the year. It will expand to a total of ten shops after five years, by which time, experts forecast, there will be thousands more empty shops in already struggling town centres.

We were always confident it would work. We're well known locally and have been around a long time.

If Andrew Ray, business development and retail manager at John Taylor Hospice, is worried about swimming against the tide, he does not show it. "We were always confident it would work," he says. After 11 weeks of trading the shop’s income was 47 per cent above target. The shop is now serving more than 300 customers a week and has Gift Aid sign-ups of more than ten a week.

Ray’s confidence stems from the backing the charity has in the locality. "We’re hugely supported" he says, "with a brand that is very well known locally and has been around for a long time." His strategy is to build on that support by being very community-focused. The shop becomes the community window for the hospice. Staff and volunteers are recruited from the community, who also provide the donated goods. Volunteers can do an NVQ in retail in partnership with local colleges. As a result, Ray says, relations are good with other shop managers on the high street, who all know and support the hospice.

But the charity sector as a whole is not immune from the challenging trading conditions that are closing high-street shops. In April, a PricewaterhouseCoopers and Local Data Company survey found that, in 2017, more charity shops closed than pubs. A spokesperson for the Charity Retail Association points out that charity shops close and open all over the country all the time. The net loss of 69 units reported in the PWC survey is a small percentage of the 11,200 charity shops in the UK. Yet the association does recognise a levelling off from the rapid growth in the number of shops in the early part of this decade.

There is considerable variety among these thousands of shops. Some charities have chains of hundreds, with much of the stock supplied from central depots. Others might be standalones or part of a small group of shops, entirely reliant on locally sourced donations. Some are old-style charity shops offering places for bargain-hunters to rummage. Others specialise in weddings, vintage goods, furniture or electricals. Some have paid managers and paid assistants. Others are run entirely by volunteers. 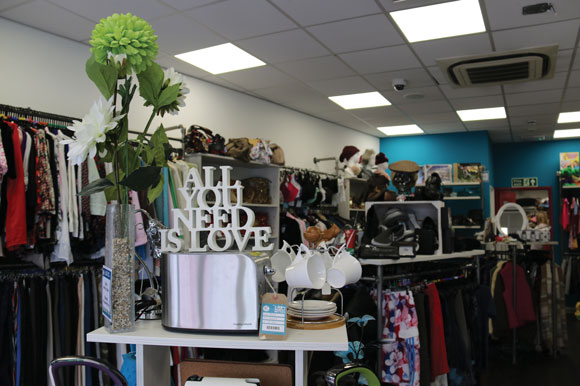 Furniture and electrical shops are a growth area. So are specialist boutique shops, which represent about 3 per cent of the shops of CRA members. There is a rise in what big charities are calling superstores, with three or four times more floor space than a traditional shop. Cancer Research UK has 16 in retail parks across the country, offering "clothing, accessories, books, DVDs and CDs, homeware, furniture and small electricals, all under one roof". The Salvation Army’s first superstore, which opened in Northampton last year, also boasts a café.

No type of shop is particularly vulnerable or particularly secure in the existing trading conditions, says the CRA. The retail principles that work are the same for any retailer on the high street. Those principles include the business acumen of the manager, the location of the shop and its layout, and attention to detail, including security and reducing theft.

The challenges for charity retailers include their reliance on donated stock, which can reduce when households are struggling financially. The CRA is also aware of instances in which business rate relief has been withdrawn entirely by local councils, despite the law stipulating a minimum 80 per cent relief for charity shops. 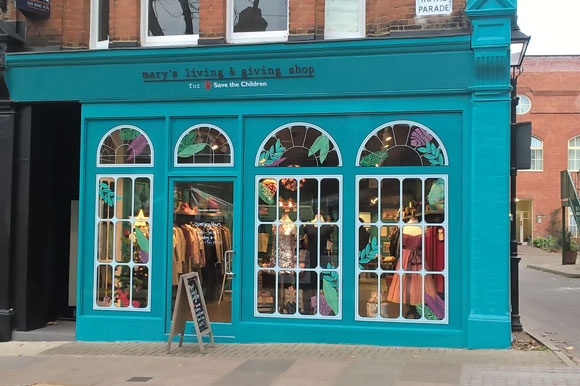 Kate Avenell heads Mary’s Living & Giving, the successful boutique charity shops. Run by Save the Children and supported by the celebrity retail expert Mary Portas, most of the 25 shops are in and around London. The first opened in Edinburgh in 2009 and two were converted this year in Bristol and Windsor.

Boutique is not a term that Avenell encourages. "We detest that word", she says. "It conjures up a sense of high-end and exclusive, maybe the kind of places where you’re scared to touch things. Yes, we sell designer pieces and you can pick up Alexander McQueen. But we’re really inclusive in our environment, very welcoming to everybody. So you can buy things costing from £5 to £500. We like to feel down to earth, as it were. So that boutique word is one we struggle with."

That said, the Mary’s shops are designed to entice a new type of customer. Traditional charity shops, including Save the Children’s other 110 community shops, are "corporate spec", says Avenell. They are a scale mission, with masses of shops, lots of product, a high turnover of low-margin items. Mary’s is different, she says, in that the focus is on quality over quantity. The profit on a single item could be hundreds of pounds.

We are the antidote to that soulless, corporate approach to retailing that has worked for years but is not doing so well now.

"Shop managers are very much empowered to think outside the box, to add their own personalities to the shops. We are the antidote to that soulless, corporate, cookie-cutter approach to retailing that has worked for so many years, but is not doing so well right now."

Although her background is in visual merchandising for famous brands, Avenell rejects the idea that the secret of success lies in the rigid application of commercial principles to charity retailing. Instead, her approach sounds more emotional, even metaphysical. "We don’t concentrate on numbers", she says, "but on the look and feel of the shop, the atmosphere of love, kindness, generosity and giving back. Then the numbers follow."

Those numbers are also growing. Last year income was £3.5m, says Avenell, representing growth of 7 per cent, including new shops. "Overall, we’ve raised between £11m and £12m since 2009, which is huge for the number of shops."

But how does retailing work if your charity isn’t a hospice with local community support or a household name with designer and celebrity donors?

Lesley Gorton is director of retail for Debra, a national charity that supports people with epidermolysis bullosa, a rare skin condition that few people not affected by it are aware of. Yet Gorton reports like-for-like sales growth for the second quarter of 2018 of 8.7 per cent. Year-to-date growth
for its 130 shops is 6.2 per cent. These are impressive figures compared with a high-street growth that is generally negligible or negative.

Her secret, which she happily confesses is filched from the British Heart Foundation model, is price optimisation – ensuring prices are realistic and offer good value while not underpricing higher-quality garments. This principle is also applied to Debra’s 19 furniture and electrical stores, which are significant drivers of growth. "If you’re getting premium prices for a Duresta sofa while moving DFS stuff through at the lower end, that’s how you optimise your price," Gorton says.

Other keys to success for her are being good at sourcing stock, which means plenty of work with leaflet drops, and selecting premises that are in areas of high population density. That means looking at carfall, not just footfall, she says.

Gorton is positive, recommends an opportunistic approach and believes there are competitive rents and bargains to be had on the high street. As she says: "It’s a good time to be looking for floor space of more than 5,000 square feet, because there’s soon going to be a lot of Poundworlds and Mothercares vacant."

Clicks not bricks: Oxfam profits from moving into the online space 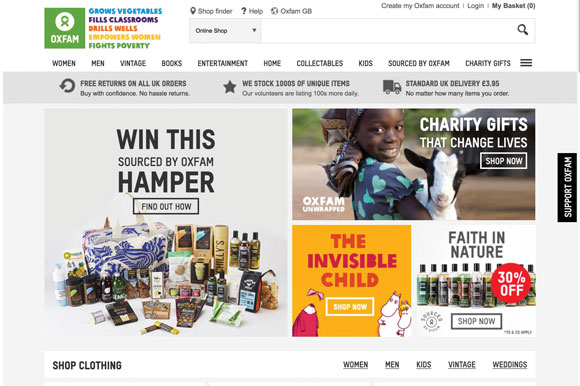 Like the major retailers, charities are increasingly trying to sell stock online. Many choose to use the website eBay for Charity to avoid the costs of setting up dedicated websites, but some have set up their own fully-fledged online sites.

Oxfam GB has operated its online site for the past 10 years. It currently stocks about 180,000 donated items. Some 400 shops participate, advertising goods online with a promise to deliver anywhere in the UK for a fixed £3.95, however big the order. They are backed by online hubs in Milton Keynes and Batley, West Yorkshire, which fulfil orders and take unsold items from Oxfam shops that are not active online.

"Boosting inventory is key to growing sales," says Fee Gilfeather, head of retail brand and customer experience at Oxfam GB. Since the start of last year, another 100 shops have joined the online system, but first staff and volunteers had to become familiar with a complex logistical operation. "It takes a lot of training to make sure everyone knows what the standards are, how to describe a product, how to do the photography and how to store stuff in your backroom so you deliver the right item when it’s bought."

Gilfeather identifies volunteer recruitment as one of the major challenges. Another is simply letting people know that the online shop exists. "Everyone knows that Oxfam has high-street shops," she says. "But far fewer know that you can buy donated goods online."

A confirmed charity shopper herself, Gilfeather likens the online experience to browsing a real-life shop: "You want to have a look at everything that’s there. For some, shopping is ‘me time’."

Insights into shopping behaviour such as this, from regular focus groups and customer surveys, are crucial as the charity tries to build awareness and increase sales.

The word seems to be getting around. Current sales growth, year on year, is 34 per cent: commercial retailers would eye this enviously.

It takes a lot of training to make sure everyone knows what the standards are, how to describe a product and how to store a product.

Few other charities are following Oxfam, partly because few have its resources. Oxfam had a head start because of its existing centralised recycling hub, Wastesaver, in Batley. It was also able to invest heavily in creating and developing the site.

This is not an off-the-shelf e-commerce package. Gilfeather says such sites assume inventory is made up of multiple stock of the same items, not tens of thousands of unique products: "We have our own design and production team. They build the site, do the coding, make the pages, fix problems. They work constantly on the user experience, testing new ways of laying things out and making sure they work."

Expectations of customer service online are high, and changing technology requires constant development. "We couldn‘t just stick with the website we launched in 2008," says Gilfeather.