Charles Kenyon: You can't force a big city ideal on the whole UK

The vast majority of arts funding is spent in London, so it is unfair for funders to enforce the same rules on diversity for those outside the capital, writes our columnist 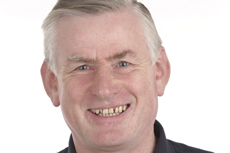 The excellent primary school in the next village was recently branded "too white" by Ofsted. Now, Arts Council England is to embark on a diversity audit on its national portfolio venues. This could make life very difficult for arts organisations. In some parts of Lincolnshire, more than 30 per cent of the population are immigrants and almost all are white.

In January, Guillaume Pige and his mime theatre company Theatre Re staged a spellbinding production, Blind Man's Song, at the Lincoln Drill Hall. Theatre Re will play to less white audiences in London, Leeds and Halifax in venues trying to survive in a harsh financial climate by putting on programmes to inform, amuse and challenge local people. Venues such as Drill Hall that attract mainly white audiences may well lose out in future.

Publicly funded organisations should track their cash, but when £70 per person of arts funding is spent in London, compared with £5 elsewhere, it is unfair to enforce the same rules. The Council for Encouragement of Music and the Arts, precursor of ACE, was championed by its chair, the economist John Maynard Keynes, as "carrying music, drama and pictures to places that otherwise would be cut off from the masterpieces". The vision was for every city to have its own arts centre, as an end in itself, and not to facilitate social manipulation by restricting funds until audiences and organisations mirror a metropolitan ideal. It is only fair to judge the diversity of arts venues - and schools - within their own constituencies.