Charles Kenyon: Debt free, Bell's Almshouses is on the up

Built in 1675, the sheltered accommodation for Lincolnshire farm workers is still going strong thanks to modernisation, writes our columnist 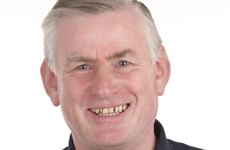 The recent annual general meeting of Bell's Almshouses was a red letter day - with help from the Almshouse Association, we paid off our rebuilding loan. For the first time in years, this sheltered accommodation provider, founded in 1675 for the people of Kingerby, Lincolnshire, is debt-free – it even has reserves.

When rebuilt 20 years ago, its six bedsits were remodelled into three units and, with their gardens, geese and occasional goats, could be a set from the TV show Lark Rise to Candleford.

We got the listed buildings delisted so we could add modern exterior fittings and save money on maintenance. Our residents are retired farm workers and gamekeepers; our board is made up of farmers and landowners. As chair, I did try to make it more diverse, but we don't pay expenses, so applicants withdrew.

When Thomas Bell - a vicar's son who made a fortune as an apothecary during the Great Plague of 1665 - built the houses, his endowment was four tenements by St Paul's Cathedral. These were sold in 1879 to fund a previous rebuild. The London Stock Exchange is now on the site. I once wrote, fruitlessly, to the chair of the exchange, asking if the 1675 ground rent of £22 a year could be reinstated at current rates.

Charles Kenyon lives near Market Rasen. Contact him on retiredcolonel@oldvicarage.net