Social investment has been much hyped in recent years, but it remains an enigma to many. The new chief executive of the social investment wholesaler Big Society Capital tells Liam Kay how he intends to demystify this market

< This article has been amended - see final paragraph

There are some huge numbers flying around the New Fetter Lane offices of Big Society Capital these days. Some are talking about the £1.5bn the social investment market is now worth; others about the £1bn potential of social impact bonds. Many in the charity sector have bemoaned the lack of financial support from government for their work, but this is not a problem that has afflicted social investment. In fact, every few months seems to bring another government pronouncement offering even more support.

But being the darling of the government brings pressure to succeed, and much of that pressure falls on the shoulders of Cliff Prior, the new chief executive of Big Society Capital, the social investment wholesaler set up by the coalition government in 2012 with a total £600m from dormant bank accounts and high-street banks.

In March, Prior replaced Nick O'Donohoe, the former City banker who stepped aside as chief executive of BSC at the end of last year. O'Donohoe was widely credited with doing a decent job of setting up BSC, but even he conceded during the latter part of his time in charge that the take-up of social investment had reached an "inflexion point" and it could be decades before it reached its potential.

Part of the problem is that social investment remains something of an enigma. Many charities and social enterprises struggle to understand the concept, and even those that have got their heads around it don't necessarily feel comfortable borrowing and repaying large sums of money. Prior says that one of his main priorities is to demystify social investment. "Awareness in charities and social enterprises about social investment is quite high, but the next communication job is about understanding and feeling confident using it," he says.

"I think that is a different communication style; it will build on the stories and narratives of people who use social investment, and those who tried it but found it didn't work."

There are now around 3,000 charities and social enterprises that are taking social investment, which is around 5 to 10 per cent of all charities and social enterprises that employ staff, says Prior. "So if you run a charity and haven't taken social investment, you probably know someone who has," he says. "You can talk to them about the real lived experience - that's where it makes a breakthrough."

Prior's own experiences of the charity sector could prove useful in changing perceptions of social investment. Whereas his predecessor, O'Donohoe, had extensive experience of working in the finance sector, Prior is more of a charity man, having worked for most of his career in the voluntary sector. Before joining BSC he was for 10 years chief executive of UnLtd, a charity that supports social entrepreneurs - and before that he was the chief executive of the mental health charity Rethink for eight years.

If you don't know social investment, it's easy to build a picture of it as the big ogre

Prior says his knowledge of the charity and social enterprise sectors means he understands their "fears, risks, ambitions, aspirations and value sets".

He says: "I hope my charity background is going to be really useful, and I guess that's why members of our board were looking for someone who both understood social investment and principally came from a charity and social enterprise background. When you are trying to bring a new tool - social investment - to the leaders of charities and social enterprises, understanding how it feels to do their job is a really important part of the picture."

To win charities over, BSC has started a blog about the experiences of charities and social enterprises that have used social investment, which reflects both the good and the bad. Prior says: "I think it has reached a point where the simple awareness-raising job is done. It is now about understanding, and understanding includes the tough side of it. That's not unique to social investment - if you were a charity that hadn't done direct-to-public fundraising before, it is not easy.

"You've got to make it real. People will encounter reality - there's no point in pretending that reality isn't there. It is much more useful if people see it as it really is."

Career highlights: "At UnLtd, we managed to get social entrepreneurship from a lovely little gem of social activity, but hardly anyone knew about it and it was tiny. It was taking that into the mainstream, so now half the universities in the country have social entrepreneur clubs."

Career regrets: "At Rethink, we spent a lot of time trying to build the alliances that would actually bring parity between physical health care and mental health care in the NHS. Despite lots of promises from various bits of government, it didn't happen. And it still hasn't happened."

BSC does not distribute money directly to front-line organisations itself. Instead, money is channelled to the front-line through funds and bonds run by investment intermediaries such as Bridges Ventures and Social Investment Scotland. But there are concerns in the charity sector that the main beneficiaries of social investment aren't necessarily the social projects and those they help, but the men in sharp suits striking the deals and taking a cut of the investment. Prior understands the concerns but believes the sceptics need to broaden their perceptions.

"People feel that 'these people are from a different culture' and ask 'do we trust them?'" he says. "It is a perception that is out there and that I have had in the past. But I think that is changing. If you don't know social investment, it is often the case that you build your own picture of what it might be like - and that it is the big ogre. But when you start getting into it, it feels very different."

So far, BSC has committed £264m, of which £84m has been drawn down. Other investment partners are contributing an additional £360m. The funding has helped a range of other initiatives, from mental health projects to employment and housing schemes. For example, a £5m investment for the Real Lettings Property Fund, which increases the supply and quality of homes available to the Real Lettings project run by St Mungo's Broadway, helps to provide accommodation for homeless people - 94 per cent of participants have found work, education or training.

But not all of the investments have paid off. At the end of last year, Buddy Enterprises, a health social enterprise that provided digital tools to support therapy services, was wound up. It had received £300,000 through the BSC-backed fund Impact Ventures UK in 2014, but less than two years later the firm had collapsed. Unaudited accounts showed Buddy had lost £100,721 in the year ending February 2015. 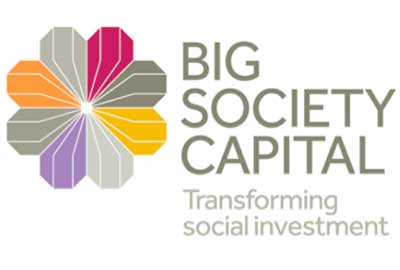 Overall, BSC has written off eight investments in organisations worth a total of £800,000, although some of them are still trading and might bounce back. "It's always really sad if a good organisation with a good model and good new ideas for people in need goes wrong," says Prior. "Buddy was a start-up, and start-ups are risky - it will happen."

Prior believes that the impact of any failures can be mitigated if charities and social enterprises have the right recovery plans in place if they fall into financial difficulty. They also need to decide what will happen to beneficiaries if their services fold.

He also acknowledges that social investment is not a silver bullet for the wider financial problems of the charity sector, but says he believes that more could benefit from it than currently do.

"Many charities and social enterprises face real difficulties and it can be really hard for them to lift their eyes and look at the future," Prior says. "But a number do have new ideas and the wherewithal to try them out and expand better models of work. That's where social investment can come in.

There is still a lot of work to do. For example, some commentators view the government's prediction that the social impact bond market will be worth £1bn by 2020 as mere fantasy given the current lack of deals. But Prior believes that social investment will grow substantially over the next few years if the following is achieved.

First, he believes that more standardised, lower-cost and higher-volume forms of social investment need to be available. Second, he would like to see the creation of more specialist funds that offer tailored advice to charities and social enterprises working in niche areas. Third, he would like the public to be investing directly in social investment, as they do across the Channel. "In France, a million people are participating in voluntary pensions and savings products," says Prior. "If it can happen in France, it can happen here. That would be a remarkable change.

"I want social investment to be so normal it is almost not talked about because everyone knows about it and how to use it if it is right for them. It is normalising it, if you like. That is quite a long journey and there are going to be some ups and downs. We are still in early days - we will get some things wrong and some things right, and we will underestimate how successful other things are. But it is only by testing them out for real that we will know."

< This article originally said that BSC had distributed £264m, but it has in fact only committed to distributing that amount and so far £84m has been drawn down