Communications update: Vicky Browning on charities and the media 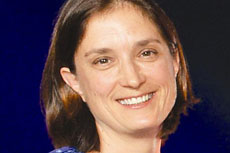 It's heartening to see an improvement in journalists' perceptions of charity media teams over the past decade. The market research firm nfpSynergy regularly polls journos as part of its Journalists' Attitudes & Awareness Monitor to ask which charities have impressed them recently, which campaigns they recall and how they rate the effectiveness of each charity media team. A typical comment in 2004 was that "a number of charity press officers seem to see themselves as obstacles to the media rather than as facilitators. Some find it difficult to respond within deadlines. Generally, charities seem unwilling to speak their minds to the media." Fast-forward 10 years and the comments are more likely to be along positive lines, such as "good press team not only promptly reactive but proactive and willing to get fully involved in creating news and features".

At a recent Hospice UK comms conference I heard about a classic piece of supporter feedback. Adventurers returning from one hospice's fundraising trek to Mount Kilimanjaro weren't happy. The reason? "It was all uphill," they said. But instead of dismissing the complaint, the comms team probed deeper. The team discovered that the trekkers had such trust in the hospice's brand that they assumed they'd be taken care of to such an extent that they wouldn't even have to break a sweat. It's always good to understand what supporter and beneficiary perceptions of your brand are, and to think about the possible implications that might have – in this case, perhaps, stressing that piggybacks were not included.