Plus: SSAFA packs up its troubles, and a review of the RNLI marketing strategy 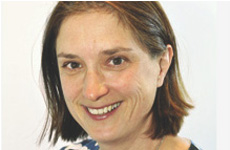 No matter how we plan our comms campaigns, the unexpected happens. When Sightsavers decided to stream a live webcast of a cataract removal operation from Malawi to launch its A Million Miracles campaign, it didn't anticipate a power cut 10 minutes before the patient's bandages were removed. Result: no grand reveal of sight restored, as planned. But because the campaign had built up a movement of people ready to share this unforgettable moment, even at a later date – including 40 bloggers and celebrity ambassadors – what could have been a catastrophe was a mere blip.

SSAFA grasped an unmissable opportunity while hunting for a hook to tie the First World War centenary celebrations to the story of its own support for the armed forces and their families during the war. A supporter whose grandfather wrote the First World War hit Pack Up Your Troubles offered the charity the rights to the words. The marcomms team promoted a new recording of the song and video via broadcast, print, digital and social media to create SSAFA's most successful awareness-raising campaign to date.

The RNLI is reviewing its marketing strategy in order to engage young people. The charity is looking at how 15-year-olds absorb and share web content, because it's so different from the way 20-year-olds behave. Says digital transformation manager Nigel Thorburn: "If we can change the way we create content and push messaging, by the time the audience get to their twenties we'll have a new set of people to target."