Residents hope to reinvigorate a run-down district in Leeds with the help of provisions in the Localism Act, writes Andy Hillier

Neighbourhood development plans, introduced by the Localism Act 2011, are intended to establish general planning policies for a neighbourhood. The Department for Communities and Local Government says that, by October 2014, 1,173 communities had started the planning process, 127 had produced draft plans, 42 had passed examination and 30 had been approved by local referendum.

It used to be said that you could buy everything you needed in Holbeck, an inner-city district of Leeds, but there has been a steady decline in recent decades: the grand-looking Victorian pub, the Britannia, has shut, its frontage boarded up, and the shutters of G Fawdington, a butcher's shop, remain resolutely down. Businesses and residents have relocated to the centre of Leeds, about a mile away, and to other parts of the city.

But a group of residents and volunteers have recently come together to try to preserve this historic part of the city's industrial past and shape its future. They are helping to create a neighbourhood plan for Holbeck by responding to the government's broader initiative to allow residents more of a say in planning developments in their area. 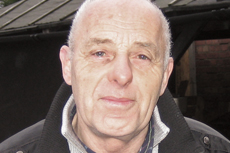 The residents are currently finalising their draft proposals, which will be put before Leeds City Council early in 2015. Dennis Kitchen (left), a retired transport worker, is chairing the neighbourhood forum that is drawing up the plan.

"Holbeck was an important part of the textile industry during the industrial revolution, supplying flax and other materials" he says. "Matthew Murray, creator of the first commercially viable steam train, had his works located here. But the area now has problems with drugs, alcohol and prostitution. We want to help preserve its past and improve it."

The area has suffered from the planning decisions of the past. In the 1960s, the M621 motorway and other major roads were built in and around Holbeck, in effect turning the area into an island. The residents hope the plan will help to deter unwanted developments in future.

Various regeneration projects are already under way, including the building of about 170 new homes, funded by a private finance initiative. The residents involved in the plan hope to encourage more such housing developments on the many brownfield sites in the area, including the 25-acre site of a former school and a disused piece of land owned by the businessmen the Barclay brothers, perhaps best known as owners of the group that publishes The Daily Telegraph.

In the centre of Holbeck, the residents would like to preserve what remains of the Victorian buildings on the high street. "We want to make the centre a conservation area," says Kitchen. "The Britannia pub has closed down now, but we want to preserve the building and some of the others – and we hope to get some conservation money to upgrade them."

A disused Victorian viaduct that looms over part of Holbeck has also been earmarked for preservation. "The viaduct hasn't been used since the late 1960s," says Kitchen. "We'd like to turn it into a walkway that people can use to get into the city centre. But that's very aspirational."

Unlike some resident-led groups, those involved with the plan are actively trying to attract big-name retailers to the area rather than deter them. "We have been fighting for ages to get an Asda or Morrisons supermarket because it will attract more people to live here," says Kitchen.

He concedes that coming up with the plan has not been straightforward. Despite support from Leeds City Council and Planning Aid, an advice initiative of the Royal Town Planning Institute, it has taken more than two years to get it to the draft plan stage, and there is still some way to go before the plans are put to a local referendum, expected in 2016. "It takes a lot of time and involvement from the community," says Kitchen. "You find that such projects rely on key individuals."

But he believes it will all be worthwhile. "The plan has helped us think strategically," he says. "It has also helped to put Holbeck on the map, because we've had a lot of interest in the plan. I hope it will attract more development, because Holbeck has lots of good things going for it."