After bad publicity during a 2009 dispute, the charity re-examined its policies on wills, writes Susannah Birkwood

The RSPCA faced one of the biggest PR battles in its 190-year history when the Gill legacy case hit the news in 2009. This involved a £2m legacy to the animal welfare charity that was contested successfully by the daughter of the willmaker, Christine Gill.

The charity is no stranger to media attention, but the criticism it attracted in this case – partly because of a public disagreement with Gill's lawyers about the value of her settlement offer – was widely publicised. There were accusations that the charity was aggressive and behaved like a hard-headed litigator. 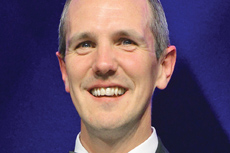 "Widespread media coverage can have a huge impact right across the sector," says Rob Cope (left), chief executive of the charity legacy consortium Remember A Charity. "As a result, some of the public said 'I'm not sure whether I want to continue giving to the RSPCA'. The case reinforced the perception that charities are greedy."

But since the Gill case, Cope says, the RSPCA has made great strides towards improving the way it communicates about legacies, making a repeat of the episode less likely. For example, in 2012 the charity combined its legacy administration and legacy marketing departments, partly to encourage its administrators – who are mostly from legal or financial backgrounds – to think more about the importance to the wider charity of their relationship with bereaved families, who can in turn become strong legacy prospects themselves.

But Cope says charities should not think it's always necessary to merge these departments. "There isn't one size that fits all," he says. "Legacy marketing often sits apart from the administration team. Whether the teams sit together or apart makes no difference to how well they work. It's about closer alignment, not about where they sit."

Also in 2012, the RSPCA began asking solicitors not to forward the letters it sent them to family members of the person who had died. "We know that, in a proportion of cases, solicitors will simply pass the letters on to the family," says Crispin Ellison, director of the consultancy Legacy Link.

"Legacy administrators use professional language aimed at solicitors, so families might feel that the way the letters are phrased is not what they expected."

Before the RSPCA adopted this policy, it says, it would receive phone calls from supporters who said they were upset by the tone of the letters.

Other strategies the charity has adopted in order to stay on the right side of families – and, by extension, the public – include acknowledging in any correspondence if the executor of the will is also a supporter of the charity, and making greater efforts to express gratitude. The RSPCA has for some time kept, in West Sussex, a book of memories and a garden of memories, both of which recall people who have left gifts to the charity. But it has also recently started arranging for staff to meet legators' family members in person, giving them tours of its animal centres so they can see the effect of their donations. 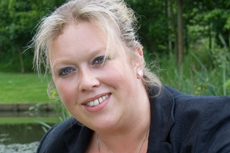 Jenny Franzmann (right), head of legacies at the RSPCA, says that after the Gill case the charity also decided that pursuing legacies all the way to the courts was not the best strategy. "One of the things we learnt was that we had to look into alternative forms of dispute resolution at an earlier stage," she says. "Now we try to mediate wherever possible; going to court is the last resort."

This year the charity plans to shake up its communications strategy further, but Franzmann won't be drawn on this, saying merely that there will be more focus on the supporter. "What legacy administration staff do is not just a by-product of what legacy marketing teams do – it is actually part of the same journey," she says.