Companies are being invited to buy e-cards to send to their business contacts that will enable them to watch one of six scenes from the pantomime Jack and the Beanstalk, featuring celebrities including the socialite Tara Palmer-Tomkinson, the actors Matthew Kelly and Joe Swash, the star of TV’s Big Brother "Nasty Nick" Bateman and the boyband Blue. Recipients of the e-cards will be able to watch the one-minute-long scenes on the Crisis at Christmas microsite. Each scene ends with the strapline "Don’t make a panto out of a crisis", followed by a personalised descending curtain wishing recipients Happy Christmas from the company sending the card.

Who created the campaign?

It was developed by the creative agency Knifedge. The scripts for the scenes were written by the CBeebies presenter Chris Jarvis and the comedian Ian Stone. 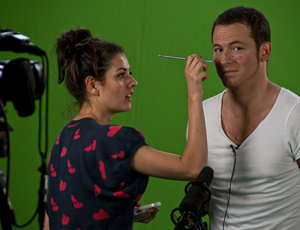 Advertisements are being run in the Financial Times and all companies that purchase the e-cards will be thanked in future advertisements in the paper.

Is there a target for the campaign?

Crisis hopes the campaign, which is being run to mark the charity’s 40th anniversary, will raise a total of £650,000 from corporate supporters across the City of London.

The campaign features light-hearted Monty Python-esque pantomime scenes that aim to remind people about the serious issue of homelessness. The cards are a fun way of wishing people Merry Christmas while still getting the charity message across. The promotion in the newspaper will also raise awareness of the campaign.