The Financial Reporting Standard for Smaller Entities is popular, but it faces radical change under the new Statement of Recommended Practice. Mathew Little speaks to sector specialists such as Pesh Framjee and reports back

About 99 per cent of charities have the right to use the Financial Reporting Standard for Smaller Entities, a simplified approach to their accounts. But research estimates that only 38 per cent of the sector, equivalent to about 60,000 charities, file accounts using the FRSSE.

The FRSSE can be adopted by any charity with two of the following three characteristics: a turnover of below £6.5m, less than £3.26m in assets and no more than 50 employees.

The FRSSE has the reputation of being a popular, short and sweet approach to accounting for organisations with limited time and resources.

In contrast to the requirements placed on larger charities, FRSSE-following charities do not have to prepare cash-flow statements or show pension deficits. There is less prescription of how they designate spending and income, and they can employ a natural set of headings, such as office or salary costs. But with the coming of the new Statement of Recommended Practice for Charities (see page 24), the consultation for which ended earlier this month, the FRSSE stands at a crossroads. Either it will be ditched entirely, or it will become more popular.

The sector has been divided about what to do with the FRSSE. The new Sorp is being introduced because a new accounting standard for mid-range organisations, Financial Reporting Standard 102, which is compatible with international practice, will be adopted from 2015.

Making a case for accounting rules

The draft Sorp includes an explicit choice of whether to follow FRS 102 or the FRSSE, and its accompanying consultation asks whether that is the right thing to do. Some believe that now is the right time to end the anomaly of the FRSSE and to insist on a single standard, FRS 102, to be followed by all charities. Kat Smithson, policy and public affairs officer at the Charity Finance Group, says that there has been a considerable debate. "A lot of the experts in the sector have gone back and forth on this a few times," she says. "There are logical arguments on both sides. It was difficult for the CFG to actually come to a final position." 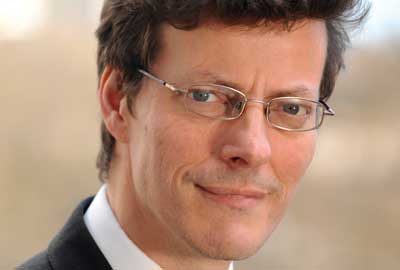 The core of the case to ditch the FRSSE is that if all charities followed the same accounting rules, it would be possible to make comparisons across the sector, no matter how large or small the charity. Chris Harris (right), a partner at the accountancy firm MHA Macintyre Hudson, says: "It's helpful if there is only one way of doing charities. Anybody that looks at any charity will recognise the same descriptions, and anybody producing charity accounts will have only one way to do it. I can understand why people are keen on it." Smithson says that many large charities that were eager to see the introduction of a Sorp they found useful were happy to remove the FRSSE.

But the CFG eventually came down in favour of retaining the FRSSE because of the effect that removing it would have on the smaller end of the sector. "It's not an ideal situation to keep the FRSSE," says Smithson. "We want to move on, to be modern and to use up-to-date standards that enable us to keep up with the rest of the world.

But we have to recognise that this is a really difficult economic climate and changing regulations can have a disproportionate impact on small organisations." Without the FRSSE, small charities would be compelled to spend more time and money on producing accounts, she says.

Assessing the future of the FRSSE

It is likely that this perspective will prove decisive. According to Pesh Framjee, head of the not-forprofit group at the accountancy firm Crowe Clark Whitehill and a member of the Sorp committee, "it would be a challenge to take the FRSSE out altogether" without an overwhelming majority in the Sorp consultation in favour of removing it.

But keeping it might result in more widespread adoption of the FRSSE because the draft Sorp, in contrast to Sorp 2005, makes explicit the choice that charities have, if they are eligible, to follow the FRSSE. "You therefore have a more lively dialogue," says Harris. "People are more aware of their choice." This greater awareness is likely to lead to a larger proportion of charities adopting the FRSSE in future than the current 38 per cent.

But the contentiousness of the FRSSE will not end with the new Sorp. First, it will undergo a minor revision, taking effect from January 2015, that will necessitate some rewriting, the extent of it unknown at this stage, of the new Sorp. Second, even the revised FRSSE will have, in Harris's words, a "short shelf life". The Financial Reporting Council, the body responsible for accounting standards in the UK, says that a consultation will take place in due course to address the future of the FRSSE.

Harris argues that this review offers an opportunity to insist that small charities with group pension schemes report on the full extent of their pension deficits rather than leaving it to the post-accounting notes. "Reduced disclosure on group schemes has not necessarily helped small charities deal with their pension issues. I would advocate more consistency between the FRSSE regime and FRS 102 on this matter," Harris says.

- How to deactivate the pensions time bomb