Damian Hinds - the man who looks after charity taxation

Stephen Cook talks money with the Exchequer Secretary to the Treasury, and hears what he does after work

Both the comprehensive spending review and the autumn statement are a couple of weeks away, and Damian Hinds makes it clear that he is
not offering any announcements about changes to the taxation regime for charities. As Exchequer Secretary to the Treasury, he is bound by the collective omerta that descends on Whitehall at such times and plays a dead bat to any specific questions.

In any case, his mind is probably focused more on the rejection by the House of Lords a few days earlier of the plan to cut £4bn from tax credits to working families, which form another part of Hinds’ portfolio. He looks distinctly uncomfortable when the subject is mentioned, saying scrutiny by parliament is a good thing but the Prime Minister is now reconsidering the role of the upper house.

Recognition of the sector

What Hinds is prepared to talk about, in general terms, is the government’s recognition of the sector’s contribution to society and the commitment of ministers to maintaining its tax advantages, despite the recent criticism of charities by the media and the government, principally over fundraising methods.

"No one in this building or government can pre-empt anything the
Chancellor will say in the autumn statement," says Hinds. "But the one thing I can say, and absolutely say, is that the Chancellor and everybody else in government values the relationship with the charitable sector and the work that the charitable sector does, and wants to work in partnership, bolstering and supporting what your readers do.

"And we need to keep working at it. We think we’ve made quite a lot of progress, in partnership, since 2010, on improving these programmes and

systems, but there’s no room for complacency – we need to keep pushing, find where the inefficiencies are and where things can work better for charities, sometimes in big ways, sometimes small."

As an example of this he mentions the recent redesign of the Gift Aid form, which the sector agrees is now simpler while also expressing concern about the potentially off-putting effect of its new warning that donors might have to make up the shortfall if they have not paid enough tax – a response to the continuing rise in personal tax allowances.

Another concern for the sector is what would happen to Gift Aid, which is linked to income tax, if the tax rate north of the border were to differ in future from that in England and Wales after the Scotland Bill goes through.

"We have got to make it work," says Hinds. "Devolution is a reality. The Smith Commission means the Scottish government will be able to vary its rates of taxes and welfare benefits, and we will carry on working very closely with the sector on that to make sure there is no downside for charities."

So is that a commitment? "A commitment to work very closely? Absolutely…" No, that there will be no downside? "Well, we’ve got to work on these things, and we will work on these things, and that’s in the interests of the charitable sector, the UK government and the Scottish government. There is some
uncertainty about this because it’s new."The sector has been pressing for the removal of the need for charities to have a history of claiming Gift Aid before they can qualify for the Gift Aid Small Donations Scheme, which is due for a review in spring 2016. Why delay such an obvious reform?

"I understand the point, but with tax relief of any sort it’s the responsibility of government to make sure that things are compliant, because if there’s a small amount of abuse coming from any particular quarter – of course, it might not even be from the charitable sector itself – that could have a negative effect we wouldn’t want it to have."

So is he worried about abuse of the GASDS? "I didn’t say that. What I said was that you need to have a regulatory system so that people can have confidence, but you have to balance that regulatory system with it being easy to use so we can get the maximum benefit from it. This is not the first time in history that those objectives have been in conflict."

What about business rates? At the Conservative Party conference, the Chancellor announced that he would allow local authorities to retain all the proceeds and cut the rates if they wished. Since then the sector has been asking what this means for the 80 per cent mandatory business rate relief for charities, which some local authorities might be anxious to reduce.

"There is a wider review of business rates going on, which will report back fairly soon, and you will understand that I can’t pre-empt what comes
back in that review," says Hinds. Can we deduce from this that the level of rebate might become a matter for councils? "It would be incorrect to deduce that or its opposite. A review is ongoing and will report back quite soon, and pending that it’s not possible to say anything. It is not reasonable to infer either that something will happen or that something won’t happen."

On to VAT: does Hinds think it’s right that charities, which in principle are spared taxation, spend some 4 per cent of their income on VAT – mainly irrecoverable VAT, something that statutory social services, with whom charities often compete, do not pay? He says that VAT is regulated by Europe and reforming it would require consensus across disparate countries with differing interests.

But it has been accepted by the EU that irrecoverable VAT can be compensated for by a grants system, and the government has done that for hospices and fuel supplied for air ambulances and rescue services. Why not do it for charities across the board?

"I wouldn’t want to mislead you that there’s a lot of money sloshing round at the moment," says Hinds. "Times are tight. What the government is trying to do is to increase support for charities by evolving the systems around the small donations scheme, evolving donor benefits and overall seeking to increase the proportion of eligible donations that are covered by Gift Aid.

"All of these things you mention would be welcomed by the sector, of course. There are billions of pounds of tax relief, quite rightly, extended to support charities and the vital work that they do, and the vehicles that are used are the ones we consider to be the best ones to use." 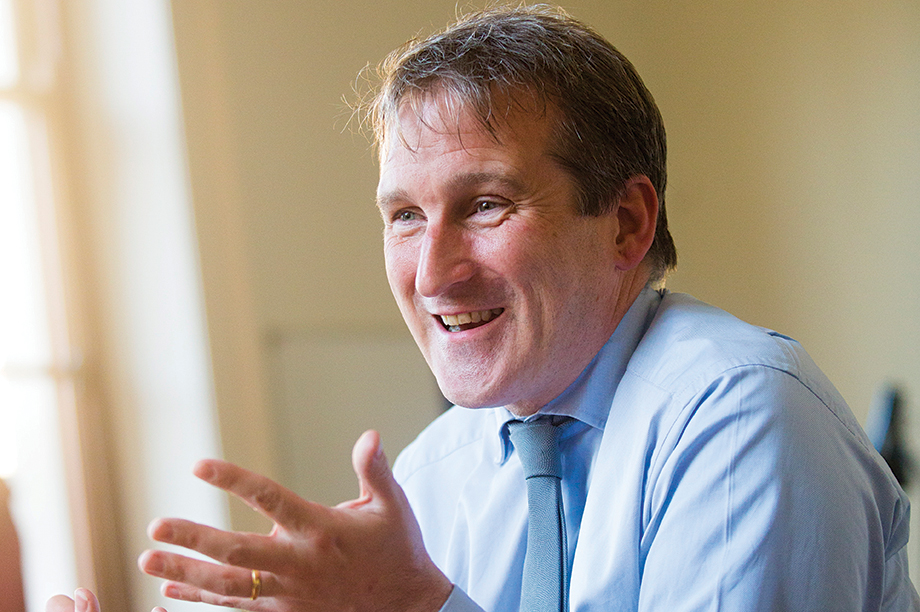 In his public life, Hinds’ default position – like that of successive ministers dealing with charity tax matters in successive governments – appears to be "no" or, at best, "not yet". In his personal life, however, he is passionate about pubs, mad about music and a charity volunteer.

He went to St Ambrose College, a Christian Brothers Roman Catholic grammar school for boys in Altrincham, on the southern edge of Manchester, before gaining a first-class degree in politics, philosophy and economics at Trinity College, Oxford.

He then spent 18 years in the hotel and pub industry, working for Holiday Inn and Intercontinental, followed by two years as strategy director of Greene King, the Suffolk brewing company.

Pubs remain a strong interest, and he says he has had a strong response to his campaign for pubs to register as community assets so that community organisations get priority to take them over if they come under threat. He likes the idea of pubs expanding the way they serve communities by taking advantage of the coffee culture or housing shops or post offices.

Hinds was elected for East Hampshire in 2010 and demonstrated his strong interest in education as a member of the select committee on that subject. But he has no complaints about his first ministerial job being in the Treasury. "I love the breadth of the job, ranging from charities to, say, North Sea oil," he says.

His own charitable activities include being a Dementia Champion, which involves training people to be Dementia Friends. "I had my first session the other day, training about 40 people, and I was quite nervous, actually," he says. "It’s a fantastic programme by the Alzheimer’s Society, very accessible, doesn’t ask for vast amounts of commitment, but does a very practical job.

"My interest comes from my mum, who had frontal temporal dementia. As an MP, you correspond with people about a lot of things and tend to think you know quite a lot about them – but I realised when I became a Dementia Friend that I didn’t know that much."

Hinds also used to be a Prince’s Trust business mentor, part of what he calls a practical, hands-on programme that involves sharing business experience in a close relationship with a mentee. "You do the training and then get assigned to someone who has had a Prince’s Trust loan to start a business, and one provision is that you have a mentor available to help you," he says.

On a Conservative website, his listed interests include rock and pop music from 1956, when Elvis Presley had his first chart hit in the UK with Heartbreak Hotel. So who are his three best-ever bands or artists? Hinds relaxes, leans back, stares at the ceiling and winces.

"Aaaagh. Because I’m the age I am, I’ll have Radiohead. And then I’ll have Oasis – controversial choice, perhaps. And I’ll pick one going back a bit further – I’ll take Elvis."

And his best ever pint? "I would say Greene King IPA, for a good sessionable ale – I’d better stick with that, otherwise old colleagues will object."

So if you meet a bloke in a Hampshire pub with a slight Manchester accent, drinking Greene King and putting Elvis on the jukebox, you’ll know who he is.
Just don’t ask him for a tax rebate.