Delivering an empathetic response to a crisis 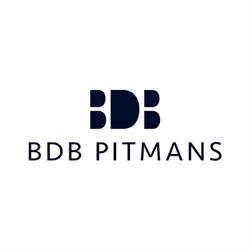 The role of lawyers in responding to a crisis needs to be better understood to ensure effective communications, says Stuart Thomson

Dealing with a crisis is as much about relationships as it is about statements. The challenge for communications professionals is to build those relationships in advance so that when a crisis hits, the response can be effective.

Too often lawyers get blamed when the response to a crisis does not go according to plan. You can’t pick up a crisis communications case study without the criticism being made that lawyers block statements and do not allow apologies to be made. That then makes the crisis even worse.

That is badly wrong and misunderstands both the role of lawyers and what the role of communicators should be.

Working effectively with lawyers in a team is about taking the time to understand them and their motivations. Many communicators sadly do not give this sufficient consideration.

So the problem lies with communicators, not lawyers. It is often that communicators have not been able to come up with an appropriate form of words, have not explained why the response is critical to the organisation or have not bothered to learn about the drivers of the legal advice.

As communicators we can get too focused on the external communications, the statement, but neglect what should be the other parts of our role. This includes building relationships with our colleagues internally, in advance of a crisis.

Good lawyers understand the value of communications and reputation but many want to know that they are not going out on a limb. They like to learn from the experience and example of others. Precedent is incredibly important to them so it could be that the answer to an ‘apology’ issue is to show them what others have done and what has worked.

You also have to understand what lawyers are there for. They offer protection. They protect the charity from future liabilities and think about issues such as Serious Incident Reports to the Charity Commission. There will be certain things that from a comms perspective you will want to say but legally you cannot. Think about the pressures on them and help them to understand your concerns and timescales involved.

Remember that the lawyers will be central to the independent review that you are doubtless about to promise as part of your response. When you say ‘as soon as you became aware of the issue’, check this statement with your lawyers. They may have a deeper and more longstanding knowledge of the charity’s decision-making than the communications team.

Also give some consideration to the continued professionalisation of communications and the charity’s team. There is plenty of help of offer from the likes of the CIPR and PRCA. This helps when working with other professions, not just lawyers.

Working with charity lawyers means we can design responses that do not open up liabilities, that consider the role of the Charity Commission but also protect reputations. But that relationship has taken time to build and develop, working together across crises impacting on a range of charities taking in everything from service failings through to the use of data, fundraising and the behaviour of senior-level executives.

An effective response by a charity to a crisis should be an inclusive one. We can only get the communications right if we work with wider colleagues, including lawyers.

Just don’t wait for the crisis before talking to each other.

This article is based on Stuart Thomson's talk at the Crisis Planning and Response breakfast briefing, which BDB Pitmans was proud to sponsor.