A demystification of digital fundraising

Try, try and try again is the message of Matt Haworth's practical guide to fundraising online and by mobile, writes Stephen Cook

Be prepared to fail - and when you do, don't beat yourself up about it. Carry on trying: failure is a key part of the evolving art form that is digital fundraising, and even large, well-resourced charities can struggle to make it work. 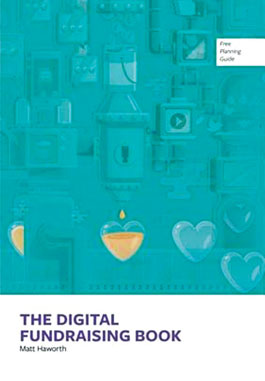 That's one of the central messages of this short, practical book that aims, in simple, engaging language and with plenty of case studies, to demystify the digital process and explore the psychology of online giving.

Sceptics point out that only 15 per cent of all charitable donations were made online in 2014. But that's up from 4 per cent in 2008, and the change is accelerating. The author, Matt Haworth, asserts that traditional fundraising will be overtaken by digital in the way newspapers were overtaken by the web.

"As our population ages and old donors die off, the public will become increasingly hostile towards old-school techniques," he writes. "Intrusive offline fundraising doesn't have a place in a world of digital communication that people are used to being in control of and participating in."

But he's aware that digital fundraising can become intrusive or irritating as well. He warns of the dangers of, for example, making too many phone calls to people who have made text donations, or sending email newsletters only when you want money.

What becomes clear in this book is that the underlying principles are the same for digital fundraising as they are for effective traditional fundraising: you need to build relationships, which can take time, and concentrate on the interests and needs of supporters.

Its value lies in showing, step by step, how to put those principles into effect using a set of methods and techniques that are still unfamiliar to many people and continue to evolve and develop almost daily.

The Digital Fundraising Book, by Matt Haworth, is published by Reason Digital, £15.99