Connecting the Dots forms part of Sightsavers' Put Us in the Picture campaign, which was launched in December 2013 and is calling for disability-inclusive global development. The aim is to see inclusion move from a commitment in the Sustainable Development Goals to a reality for 800 million people with disabilities living in developing countries. The charity sees Connecting the Dots as working within that to show the impact of an inclusive employment programme in Uganda, and to highlight how it is challenging negative attitudes towards disability.

Launched in February, Connecting the Dots incorporated International Women's Day on 8 March to highlight the challenges women face from discrimination in terms of both gender and disability.

Youth with disabilities in our community are like dots, they stand alone. This project has come in to connect these dots

Access to the women's stories – they were all from Uganda and were featured on the Sightsavers website and other channels – was blocked until International Women's Day, to represent the barriers that the women face there. 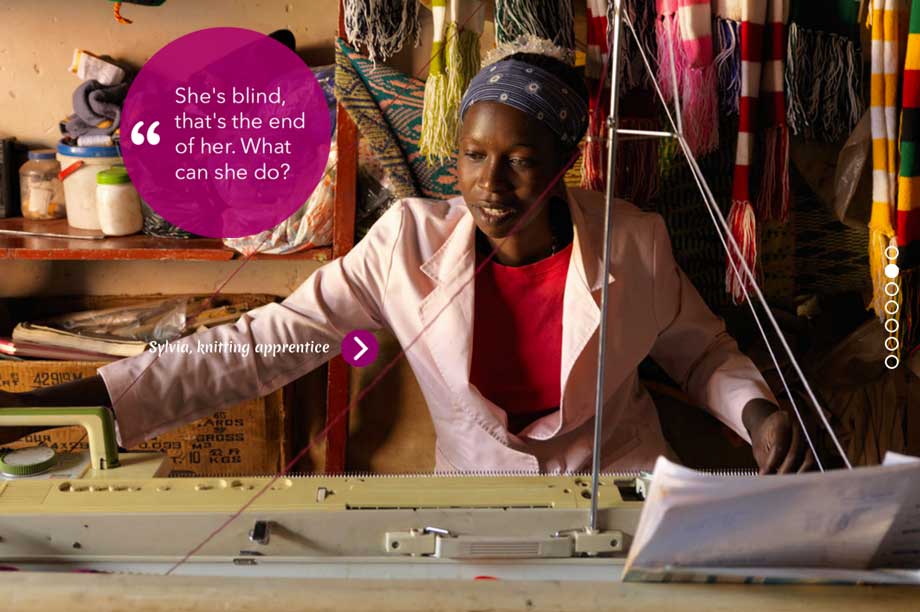 The people that Sightsavers has as "connections" in the country represent some of the voices of people who have experienced social inclusion, and Connecting the Dots is, in essence, the forum in which they can interact with campaigners, providing updates and news stories. Sightsavers aims to use the site in future calls to action to encourage interaction between campaigners and the people whose stories they have shared.

These women are counting on you to make their stories heard. Amplify their voices: https://t.co/1sFmnkryke #IWD2016 pic.twitter.com/rsiHRGGj14

Put Us in the Picture is Sightsavers’ first policy campaign and Connecting the Dots is the charity's first attempt to act as a platform where people with disabilities can tell their stories in their own words directly to supporters. Sightsavers has utilised a broad spectrum of digital outlets to broadcast its message, including Facebook, Twitter, LinkedIn, Instagram, Google+ and Exposure, another photo and narrative-sharing platform.

Connecting the Dots was created to provide a platform for participants in the Sightsavers' programmes to tell their own stories and thereby develop connections with campaigners in the UK. It was also leading the relaunch of the charity's Put Us in the Picture campaign in its efforts to re-engage with supporters and recruit others.

When Sightsavers used a hashtag – #Megaphone – and a digital form to encourage people to commit, the charity saw hundreds signing within the first few days of launch and says "many more" signed up in following weeks.

These women are transforming their community - & you can help share their voices! https://t.co/KuQNeq9e9u #Megaphone pic.twitter.com/k3cNvUGreb

Ther campaign is still being delivered, so in-depth analysis of data is not yet available. However, Sightsavers believes Connecting the Dots has been one of the most successful campaign calls to action over the course of the Put Us in the Picture campaign.

"We’ve seen a really encouraging response on social media, especially on Twitter – on International Women’s Day, tweets from @Sightsavers earned nearly three times as many impressions and more than seven times as many retweets as they did the day before," Corinne Clark, digital marketing editor at Sightsavers, tells Third Sector. 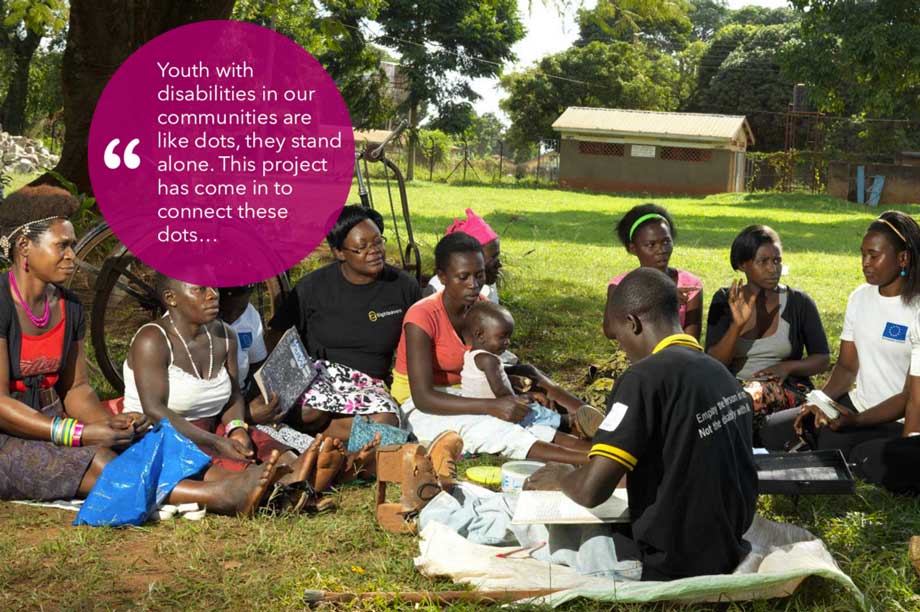 On the same day, Clark adds, a number of influential Twitter accounts engaged with the campaign, including @DFID_Inclusive and @ForeignOffice as well as supporters including the TV presenter Sophie Morgan, Britain's leading blind male European Cup ski racer John Dickenson-Lilley, and the actor Sunetra Sarker.

Brian Devlin, digital campaign manager at Sightsavers, tells Third Sector that the charity is achieving its aim of connecting campaigners with programme participants.

"We wanted to do more than just tell people’s stories," he says. "We wanted to give the people we work with – the people who face and fight discrimination, stigma and exclusion every day – the platform to tell their own stories.

"We’ve built a genuine, lasting connection between them and our campaigners in the UK. This is very important to us, because whether you’re campaigning in the UK or supporting your colleagues in Uganda you are working towards the same objective."