Autism charities across the globe, including Autism Initiatives UK, have joined forces to launch an awareness campaign

Autism charities in more than 40 countries have joined forces to launch a global campaign challenging the world’s 4.5 billion social media users to shut down their networks for one day. The Communication Shutdown campaign encourages social media users to avoid using Facebook and Twitter on 1 November. Autism Initiatives UK is the lead UK charity involved with the campaign.

How does it work?

Participants can make a £5 donation and receive a charity app, or Chapp, that will signal their support and intention to opt out of Facebook and Twitter that day. The Chapp will connect with the user's Facebook and Twitter accounts and place a shutdown badge over their profile picture. The Chapp will be available on the campaign website, which will also host a global mosaic where supporters can see their profile pictures next to celebrities who have signed up. 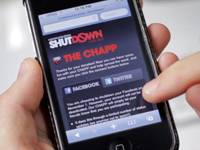 Yes. Participants will still receive a screensaver, an email signature and blog buttons to show their support in other ways. There will also be shutdown graphics and messages for them to use manually on other social networks such as MySpace, Orkut or Hyves.

What’s the thinking behind the campaign?

Social communication is one of the biggest challenges for people with autism. By volunteering to shut down, the charities involved hope it will give the world some idea of what this is like.

There is a dedicated Twitter hashtag - #shutdown - that people can use to talk about the campaign and a YouTube video has also been created.

Which are the agencies behind the campaign?

Rowland PR is running the campaign globally, while the UK agency behind Communication Shutdown is Fleishman-Hillard.