The MTV Staying Alive Campaign is an HIV campaign that aims to challenge the attitudes and behaviour of young people in relation to sex and HIV. On World AIDS Day (1 December), the foundation aimed to get more than 10,000 young people to take an HIV testing pledge online. 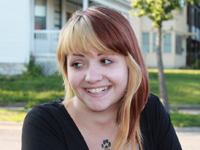 The foundation has unveiled a new show called Me, Myself and HIV, which follows two twenty-somethings who have HIV, Slim and Angelikah, in their day-to-day lives. The show was shown first online on a newly created campaign website, as well as globally on MTV’s television channels. The video is also available to watch on Vimeo.

The charity has been using its official Twitter feed to promote the campaign with the hashtag #MTVGetTested, as well as pushing people towards the campaign website from its Facebook page. It also used its blog to raise awareness of the campaign.

Celebrity tweeters including rock bands 30 Seconds to Mars and Good Charlotte, and singers Travie McCoy and Pete Wentz supported the campaign by taking part in Twitter interviews to promote the cause.

The foundation has successfully leveraged global coverage of World Aids Day by creating a campaign that will appeal to young people. Using several social media networks and getting celebrity supporters on board will have also created more awareness for the campaign.