The Special Olympics has teamed up with parenting website Netmums.com to raise awareness of how sport can affect the lives of people with learning disabilities

Special Olympics, the provider of year-round sports training and competition for people with learning disabilities, has partnered with social networking website Netmums.com, which has 840,000 members, for a month-long campaign to increase support for the charity.

What are they doing?

Netmums.com will host an interactive online film called Encouragement on a dedicated campaign microsite. It was created by award winning director Johnny Green and filmed at Wembley Arena. It stars Omar Haddad, a Special Olympics GB gymnast from Widnes, who will be representing Great Britain next year at the Special Olympics World Summer Games in Athens. In the film, Haddad is seen preparing for and performing a gymnastics routine - online users can use an interactive volume slider to control the level of encouragement he receives from the crowd.

Why have they teamed up? 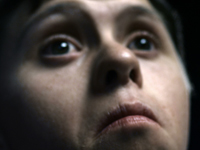 Karen Wallin, chief executive of Special Olympics Great Britain, said: "The partnership provides the perfect portal for reaching mothers and their families. We want families to understand the many benefits Special Olympics Great Britain offers people with learning disabilities, not only in terms of fitness but also in inspiring self-confidence and providing an opportunity for the whole family to make friends."

Partnering with Netmums.com is a smart move because onlne parenting websites have become increasingly popular and influential in recent years. The interactive video will engage users and their children; and the web chat will help to explain what the charity is hoping to achieve and encourage parents to get involved.