Digital campaigns: Five of the best for Christmas

The MS Society launches its first digital campaign to coincide with the season's festivities. Plus: keeping DeFrosty alive, making the pledge for the Common Good Collective and videos from Alzheimer's Research UK and Christian Aid

The MS Society is running its first digital campaign in the build-up to Christmas, #Merrymoments. It encourages supporters to share stories, pictures and videos of their #Merrymoments on social media or through its specially created Christmas microsite. Users can then vote for their favourite #Merrymoment using the "heart" button and make donations to the charity.

Alex Betti, head of digital and content at the MS Society, said: "We wanted to use the festive season as a hook to raise awareness of MS. We wanted something fun, easy to engage with and with a great 'shareability' factor. This is the first time that the MS Society has launched a digital campaign like this and we’re really pleased with the result. We hope it gets people talking about MS and, of course, sharing their own ‘merry moments’ on social media too." 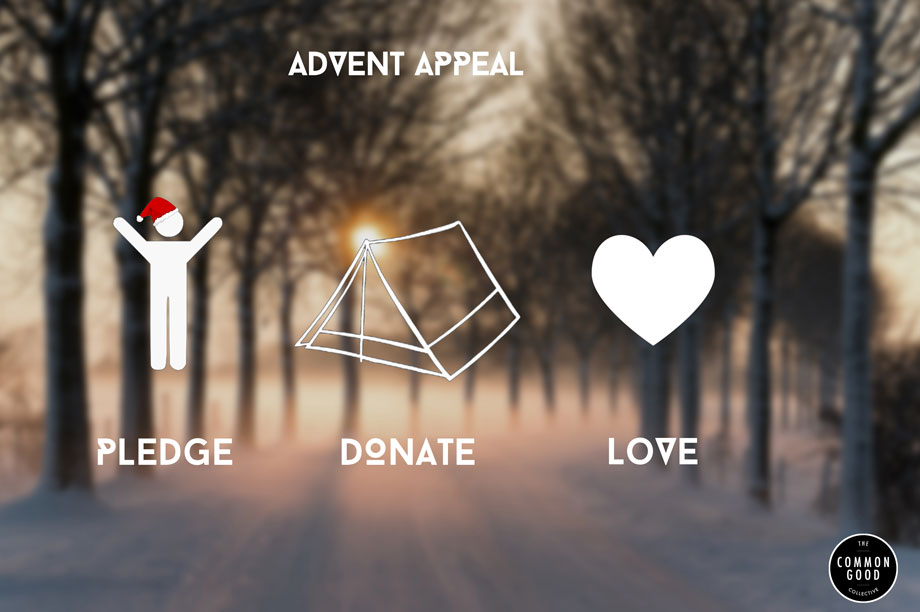 Forget eating a chocolate a day during advent – The Common Good Collective is asking people to "Make the Pledge" and save a pound a day in the run-up to Christmas. The collective, set up in September 2015 in response to the growing refugee crisis, wants 2,000 people to pledge to donate £24 each on Christmas Eve. The money will be divided between a variety of charities and projects featured on the charity’s Facebook page. Each day during the advent appeal a different story will be released from fellow charities and projects, ranging from orphan programmes in Syria and sea rescue lifeguard support in Greece to winterisation projects in France. 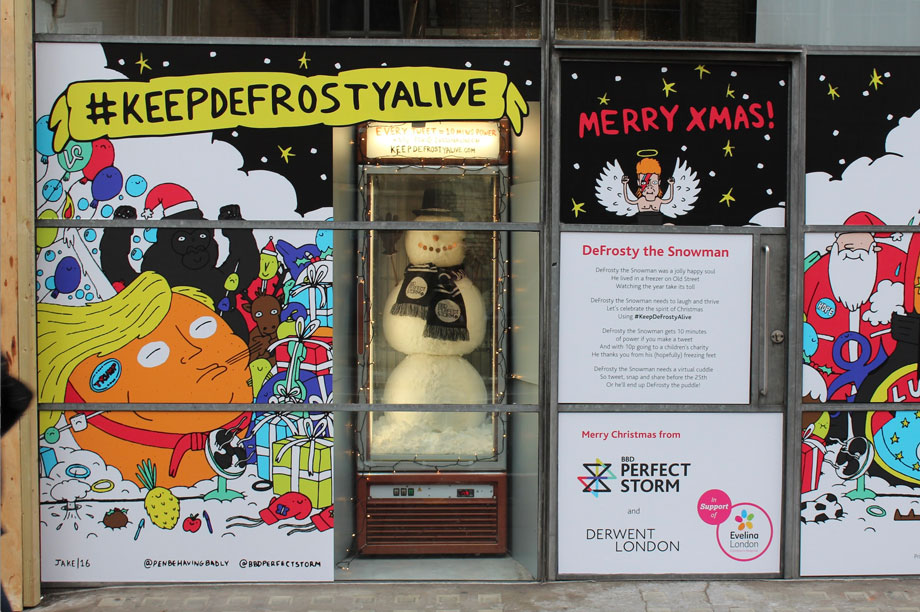 A real snowman, complete with carrot nose and scarf, has been built in a London shop window in order to spread some festive cheer and help raise money for Evelina London Children’s Hospital. DeFrosty is residing in a freezer at the advertising agency BBD Perfect Storm, with the catch that he’ll start to melt if people don’t tweet using the hashtag #KeepDeFrostyAlive. The agency will donate 10p to the children’s charity for every tweet and provide 10 minutes more power to the snowman’s freezer to save him from a liquid end. His fate and the reactions of passers-by can be viewed by a live stream that includes the temperature and electricity left to power the freezer until he thaws.

Alzheimer's Research UK has imagined a world in which Santa is living with the effects of dementia and has stopped delivering presents to children. A two-minute animated film, Santa Forgot, tells the story of a girl called Freya, who grew up after Santa stopped visiting. After being told about his condition by her father, she travels to the North Pole, offers her support and remobilises the redundant elves as researchers, arguing that "if Santa has a disease, research can find a way to fix it". The film highlights the range of symptoms that Alzheimer’s can cause, the social isolation caused by dementia and the fact that it can affect anyone – even Santa Claus.

Christian Aid has launched a short stop-frame animation film to highlight the 65 million people who are displaced by conflict and disaster. A Stranger Christmas Story features animation based on characters from the popular Netflix TV show Stranger Things, but also alludes to the nativity. The charity describes it as a "Christmas story mash-up with Christmas lights at the centre of the action" and is part of its Christmas Light the Way appeal, which aims to provide sanctuary for those who’ve fled their homes in search of safety.