Plus: full launch for Donate contactless giving boxes after trial

Battersea Dogs & Cats Home is launching a new campaign with programmatic adverts amid an increasingly difficult rehoming market caused by the growing trend for designer breeds and online pet sales. The campaign, Happiness Starts at Battersea, will be broadcast for the first time on ITV during Paul O’Grady: For the Love of Dogs.

Lauren Rayner, head of digital at Battersea Dogs & Cats Home, told Campaign the environment was particularly challenging because of the "proliferation of online pet sales and increased demand for designer breeds".

She explained: "The sharing economy and peer-to-peer sales are becoming more commonplace: people feel very comfortable about buying and selling an animal online, and that trend is growing. Instagram contributes to the lifestyle contributions attached to designer breeds by conveying the glamour that can be associated with them."

The full version of this article can be read on Third Sector's sister publication, Campaign 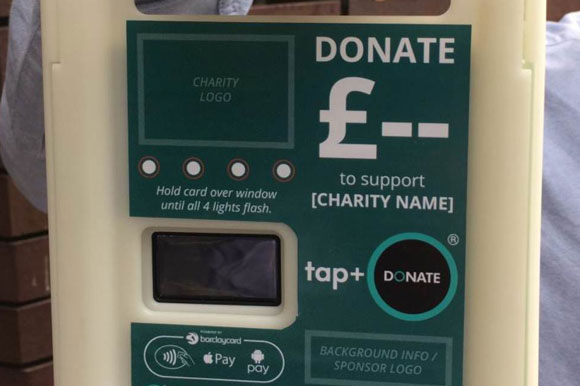 After the trial of its tap+DONATE™ boxes earlier this year, the mobile donation charity Donate will launch the contactless giving boxes on 23 October.

Donors can tap credit or debit cards to donate between £1 and £30, pre-set by charities, which can also use the chip-and-pin option to collect larger donations. Donate believes the the boxes are particularly suited to areas of high traffic and will take advantage of people’s habits of carrying less cash around.

Dr Jan Sheldon, chief executive of the Royal Association for Deaf People, one of Donate’s initial partners, said: "Our supporters tell us that they want the ability to donate quickly and seamlessly, particularly if they’re not carrying cash. The ease of using a contactless unit such as the tap+DONATE™ service meets this need perfectly."