A vlogger diagnosed with a brain tumour has debuted in a video diary answering questions about her diagnosis for the Brain Tumour Charity. Grace, 23, from Sussex was studying at university when she was diagnosed with a pilocytic astrocytoma in 2014. After she had treatment she wanted to offer awareness and support to people who had been affected by the disease. Questions such as "how were you diagnosed with your brain tumour?" and "what's one question you wish someone would ask you?" were answered by Grace during the vlog. Brain tumours are the biggest cancer killer of children and adults under 40, and the charity aims to engage with a younger audience through Grace’s regular vlogs on its website. 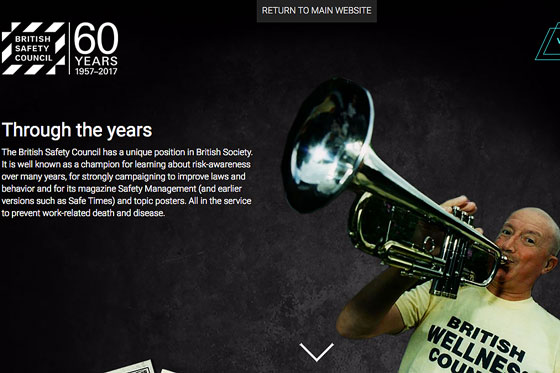 The British Safety Council has released a digital archive of recently discovered documents illustrating its 60 years of campaigning to prevent injury and ill health at work. A collection of memorabilia previously thought to be lost, and which documents the health and safety charity’s contribution to promoting safe workplaces, was found in a Midlands warehouse in 2015. The archive is free for people to view online and includes an insight into the life of James Tye, the creator of the charity, and photographs of celebrities who were involved in its campaigns, including Dame Barbara Windsor. The charity celebrates its 60th anniversary on 23 March 2017 with a picture book and film to be released later this year.

Whizz-Kidz has invited the public to share their own experiences of overcoming limitations in a celebration of the charity’s work for empowering disabled children. The charity, which provides wheelchairs for disabled young people, has asked for contributions on social media using the hashtag #nolimitz. Ed Balls, the patron of the charity, posted a video on Twitter that cited overcoming his stammer as the motivation to try new challenges such as his recent exploits in Strictly Come Dancing. A donation of £3 is also recommended by texting NOLIMITZ to 70300. 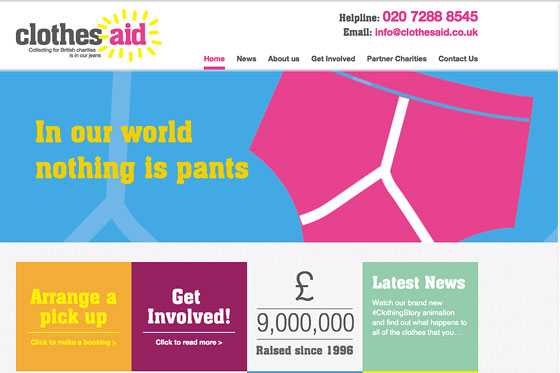 Clothes Aid has published an animation showing the life cycle of people’s unwanted clothes, encouraging people to recycle clothing with charities and not to send them to landfill. The animation #clothingstory starts in the UK with people buying and donating clothes to the charity and finishes a few weeks later with people in eastern Europe buying the same clothes from a second-hand shop. The charity experiences a surge in donations of unwanted clothing every January and has reported an increase in donations and calls to the helpline since the campaign was launched earlier this week. Money raised through the donation of clothes goes to its six charity partners, which include the NSPCC and Macmillan Cancer Support.

A new online service providing legal information about children’s rights has been launched this week by Coram's Child Law Advice Service service. The website Lawstuff is funded by the Queen’s Trust and helps children to find out their rights in areas such as online safety. Answers to popular coming-of-age questions such "as at what age can I buy alcohol?" and "at what age can I learn to drive?" also feature on the website in language that is easy to understand. Gemma Smith, manager of Child Law Advice, says: "Knowing that they have rights can boost a child or young person’s confidence. It lets them know that they are valued and helps them to respect the rights of others."