Never one to be thought of as shy and retiring, the actor Brian Blessed has added his own unique style to a new campaign from WaterAid.

Blessed appears in a new video advert that could be regarded as more up-front than most as he vents his frustrations at still seeing images of extreme poverty in 2019 while highlighting the progress being made in tackling water and sanitation issues.

Steve Melia, film manager at WaterAid, said: "At WaterAid, we believe it’s possible to reach everyone everywhere with clean water and decent sanitation within a generation.

"At a time of heightened scepticism about foreign aid, we wanted to show that this goal is possible and inspire people by highlighting just how much progress is being made around the world. It’s been great to work with Brian Blessed to get this message across in his own unique way."

The four charity winners of the Kingston Smith Creative Vision Awards have been announced.

Each charity will receive an animated brand film worth an estimated £150,000, designed to promote their individual messages. The films are created by students and recent graduates of animation and visual effects as part of Bournemouth University’s BFX Competition.

Nick Brooks, not-for-profit consultant at Kingston Smith and chair of the judges, commented: "The feedback we’ve had from winners of the CVAs in previous years has shown what an amazing impact these films have on supporter engagement and general awareness of what the charities do.

"We’re really pleased to continue to give something back to a sector in which we work so closely and at the same time support the country’s emerging animators and visual effects talent."

Nominations have opened for the 2019 Digital Leaders 100 Awards.

Ten categories are open for the awards, now in their seventh year, including one for Digital Charity of the Year. This category is focused on digital transformation, with the award for charity or not-for-profit organisations that have demonstrated "the transformative power of digital to themselves or services to their beneficiaries".

Nominations are open until midday on 1 March 2019. 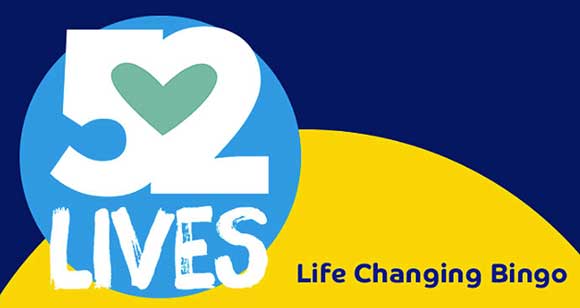 Galabingo.com is extending its partnership with the charity 52 Lives for a further two years.

The online bingo company partnered with the charity in 2016, since when it has raised £218,818. Galabingo.com had initially set a target of donating a minimum of £52,000 each year to 52 Lives.

GalaBingo.com has raised funds by hosting 52 Lives charity games for anyone over 18 every day at 7:30pm, with a further three on Sunday evenings. Tiickets cost 25p or less, with 100 per cent of the profits from these games going to the charity, alongside additional player donations.

Jaime Thurston, founder of 52 Lives, said: "We have been working with Gala Bingo for almost three years now, and in that time it has raised funds to help us to change the lives of thousands of people. None of what we do would be possible without its ongoing support."