A Cornish web-building company is offering charities and community groups the chance to have websites built for free and be part of a world record Web-Buildathon attempt at the same time.

The internet company MacAce, which is based in Bodmin, will build or rebuild charities' websites using its WebMate web builder completely free of charge, and will host them for three years. Completed sites will have a maximum of five pages and three email addresses will also be supplied. The offer runs for 24 hours, starting at midday on 19 July.

Charities that see Bodmin as a bit of a trek needn’t worry about distance – they won’t have to travel to deliver the assets, although a day out in Cornwall might not be a bad idea at all. Full web briefs need to be submitted before the start date and work on sites will start on a first-come, first-served basis.

Gary Hall, the chief executive of MacAce, said: "This is a great opportunity for not-for-profit or community groups to get in touch so we can help them during our world-record attempt."

Charities that want to register their interest should visit the WebMate page.

A cyclist is aiming to become the first person to complete a virtual Tour de France in order to raise awareness of mental health issues.

Rob Stephenson, who has bipolar disorder, has given up his job as a chartered accountant to tackle the huge task of riding the entire route of 3,329km on a static bike using smart trainer technology – and that will include climbing every mountain.

He will ride the same stages as the professional cyclists on the tour, which begins on Saturday, but instead of riding through France he will be touring the UK with his own MindCycle roadshow of bikes and trainers.

The 46-year-old hopes that MindCycle, which is sponsored by Deloitte and supported by brands such as Trek, Endura and CycleOps, will be seen by more than 100,000 people and is inviting businesses to get involved.

"MindCycle will be a tough challenge, physically and mentally," Stephenson said. "I’ve done a bit of mental preparation by doing the equivalent of one stage at my house – that was nine hours on my own, on the bike. But as regarding doing the whole tour virtually, no one has done anything like this. It’s going to be something else

"My dream is that in ten years' time we won’t need to be tackling stigma, because it will no longer be an issue and mental health will be properly considered and looked after in the workplace. MindCycle is just the start of my journey, but I’m excited about where it might take me."

The hashtag #MindCycle2018 has been created for the MindCycle challenge, which is an initiative from Inside Out. 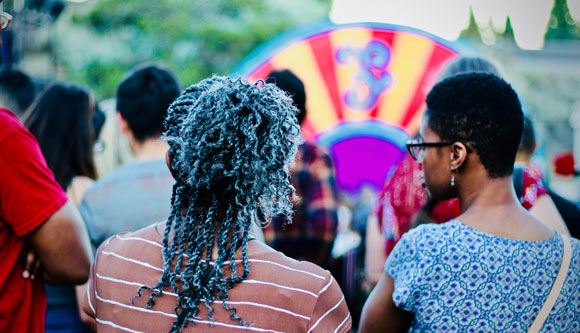 The mobile and online ordering company Preoday is working with the charity Frank Water to offer festival-goers the opportunity to pre-order water bottles.

Frank Water, which works with 13 UK festivals each year, such as the Cornbury, Green Man and End of the Road festivals, funds safe water and sanitation projects through sales of refillable water bottles and other merchandise. Supporters can pre-order through the festival websites, which are supported by Preoday’s technology.

Customers who place orders in advance will also have access to exclusive discounts and the opportunity to purchase limited items and merchandise. Once at the festival, customers can visit the Frank Water stand with their order confirmations to collect their purchases.

Nick Hucker, chief executive of Preoday, said: "We’re privileged to work with a charity such as Frank Water and to help it in its objective to raise vital funds, which can make a difference to the lives of thousands. Digital ordering is often seen as the mainstay of restaurants and coffee shops, but here Frank Water is showing how its application can be used to support the work of charities, pop-ups and festivals everywhere."