It's Mothering Sunday this weekend (a gentle reminder for those who might have forgotten), and to mark the occasion Cancer Research UK has launched a campaign for mums. The Because of You campaign comprises user-generated content showing mothers who have survived cancer because of donations that funded research. It is aimed at supporters of CRUK, which says donations have directly increased survival rates from one in four to two in four for 10 years or more, meaning "thousands of mums are still being mum right now".

Meanwhile, England footballers past and present have come together to raise awareness of bowel cancer for the Bobby Moore Fund for CRUK and the England Footballers Foundation’s Moore to Know campaign. Twelve leading footballers, including David Beckham, Wayne Rooney and Harry Kane, took part in the video, which highlights the fact that 44 people die of bowel cancer every day: four football teams, as Rooney remarks. The campaign also marks the 10th anniversary of the England Footballers Foundation, which was set up in 2007 by footballers who wanted to donate their match fees to raise money for charitable organisations. Bobby Moore's widow Stephanie, who founded the Bobby Moore Fund for Cancer Research UK, said: "Having the current and former England players tell the nation to take notice, listen and learn about bowel cancer will have a huge impact and could save thousands, if not millions, of lives." 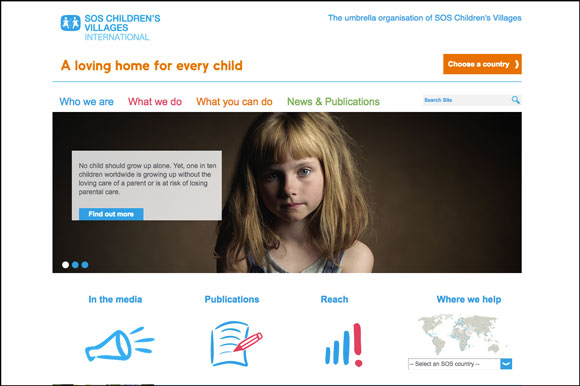 Atos has unveiled a new emergency services system app called Emergency Roster (ERoster), which it has been developing with SOS Children’s Villages International, a non-governmental child welfare umbrella organisation. The app has been used by the organisation’s internal Global Emergency Response network to improve the organisation and dispatch of aid workers and to deliver faster on-site emergency relief. This helps to support local SOS member associations in the planning and implementation of emergency measures. The app has been in operation since mid-2016 at SOS Children’s Villages International, helping it to effectively coordinate first-aid assignments. About 50 emergency aid workers from various SOS member associations worldwide are currently managed using the system.