BBC Children in Need is aiming to set a record for the most contactless donations in its appeal week as it builds up to Friday’s finale.

The annual fundraising event has partnered with the fintech company iZettleRepeat to use its Repeat Payments feature.

Children in Need volunteers can programme the iZettle Readers at fixed amounts so passers-by can just tap their contactless cards or wearable technology to donate in seconds. They have been placed at 15 London Underground stations across the capital.

The move to contactless is a first for Children in Need, which recognises the change in the public’s payment habits, but also took on board research that suggested only 4 per cent of charities accepted contactless donations and could be losing as much as £80m each year.

Claire Hoyle, commercial director at BBC Children in Need, said: "Charities can no longer rely on cash donations because people just aren’t carrying as much loose change any more.

"We hope that, with the help of iZettle, we’ll be able to maximise the donations we receive for this year’s appeal to fund even more projects for disadvantaged children and young people across the UK who really do need our help." 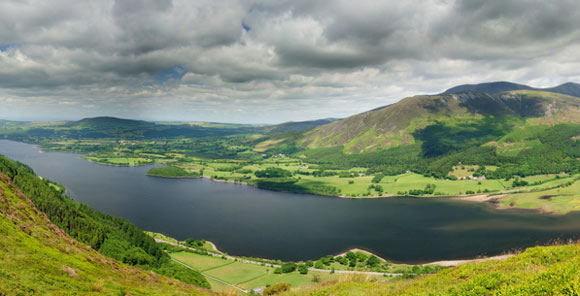 A major survey has been launched in the Lake District to gauge public opinion on a donation scheme using contactless debit and credit card machines.

The Lake District Foundation and its partners the Lake District National Park and Cumbria Tourism are asking for views on whether such a system would be beneficial to fundraising efforts.

The proposal is to help people who wish to donate money for local projects to do so even if they don’t have any coins handy. It is part of the Rethinking Parks programme run by the innovation foundation Nesta.

The LDF raises money through donations before distributing it to projects that care for local landscapes.

The survey, which is available online now, also asks about people’s giving habits, the projects they’d consider donating to and the sort of messages that could feature on the donation points to maximise their intended effect.

Once the survey is complete, the LDF hopes to run a test scheme next year.

Sarah Swindley, director of the LDF, said: "It’s really important that we hear from as many people as possible. We know that people love the Lake District and want to help us look after it. We also know that people are carrying less cash with them and we are keen to understand how new technology can help."

YouTube is to mark #GivingTuesday (27 November) with the premier of a documentary film focusing on child slavery.

The video platform is working with its influencers to promote the film, called The Price of Free, which won the Grand Jury Prize at the Sundance Festival and follows Nobel Peace Laureate Kailash Satyarthi, who has helped free more than 80,000 children from slavery.

Viewers will be given opportunities to take action after watching the film through the campaign’s website on #GivingTuesday and elsewhere.

In a statement, YouTube said: "Many people have no idea that one in every 10 children across the world is currently a victim of child labour, which is part of the reason why YouTube decided it was so important to engage viewers with this issue, and to do so through powerful storytelling."

More details are expected on this and other YouTube charitable activity nearer #GivingTuesday.