Coppafeel has launched a multimedia campaign called #GetItOffYourChest to raise awareness among young women and men and educate them about the signs and symptoms of breast cancer.

Charity patrons Fearne Cotton and Greg James are joined by other celebrities as they read through a poem describing the lesser-known signs and symptoms of the disease in a 60-second film to be shown in cinemas.

The film is supported by an outdoor and press advertising campaign developed by Karmarama, as well as radio slots featuring Fearne Cotton and Dermot O’Leary and social media activity across Instagram, Twitter and Facebook.

Twitter has relaxed the 140-character limit on tweets, so that videos and quotes no longer count towards it.

The social media platform lifted the limitations on Monday after announcing the change in May as part of its move to make the service less constraining.

Users will be able to send longer tweets now that the attachments will not affect the character count.

Last year, Twitter increased the character limit on direct messages from 140 to 10,000. 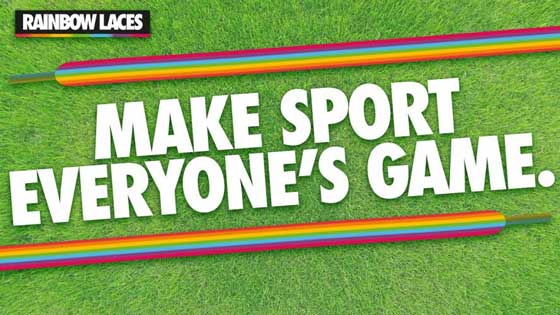 Stonewall has launched the Rainbow Laces campaign to tackle homophobic, biphobic and transphobic attitudes in sport.

A recent survey commisisoned by the charity showed that nearly three-quarters of football fans had heard homophobic abuse in the past five years while one in five believe that such abuse is just harmless banter and that they'd be embarrassed if their favourite player came out.

As pat of an education drive, Stonewall has launched a digital toolkit and a shareable infographic which gives tips and advice for clubs and sporting bodies to confront the problem and promote diversity.

Ruth Hunt, Stonewall’s Chief Executive, said: "While the majority of people see homophobic chants and abuse as a problem, and want to see sport become more welcoming of lesbian gay, bi and trans players and fans, there is a persistent minority who believe this sort of abuse is acceptable.

"These vocal few may be under the illusion that anti-LGBT language is harmless but it makes lesbian, gay, bi and trans fans and players feel unsafe, unwelcome and unable to be themselves.

"We need high profile sports clubs and personalities to stand up as allies and help make sport everyone’s game by showing that homophobic abuse has no place in sport."