A guide aimed at helping charities defend digital risk has been published by the specialist insurer Ecclesiastical and the Charities Security Forum.

The Charity Cyber Guide provides organisations with information on the range of cyber threats they could face, from ransomware, malware and denial of service to phishing, password attacks and human error. It also offers practical advice on mitigating such risks, including guidance on protection against data breaches.

The new guide has been put together after research by the insurer that found 17 per cent of charities had experienced cyber attacks, with ransomware top of the list. Sixty-three per cent expressed concern about cyber and internet crime.

Ecclesiastical’s charity director, David Britton, said: "After several years of high-profile attacks on larger corporations and businesses, there is now a growing trend of cyber attackers turning their attention towards organisations that might have a lower level of cyber security, including charities.

"It’s clear from our research that even the threat of an attack is acting as a barrier to some charities innovating, and there’s a growing recognition that the long-term reputational damage to the charity and its trustees can be just as serious as the initial loss of data and the costs of putting things right." 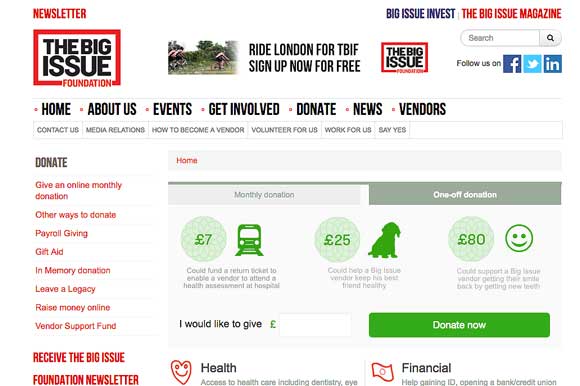 The Big Issue Foundation has worked with with the cashless donations provider Thyngs to add three-tap mobile donation technology to its website, fundraising appeals, direct marketing campaigns and collecting tins.

Big Issue supporters will be able to donate by scanning the foundation’s unique QR code, choosing an amount and donating using Apple Pay, Google Pay or card, adding Gift Aid without having to enter any contact details. It aims to incorporate the technology into an appeal at the end of April and include it on collecting buckets and tins at its Sleep Outs in the autumn and The Big Night Walk in 2019.

Emma Cheung, head of individual giving and donor support at The Big Issue Foundation, said that in an increasingly cashless society the technology "allows us to provide the quick and painless experience that our donors want, using the technology they already have in their pockets". 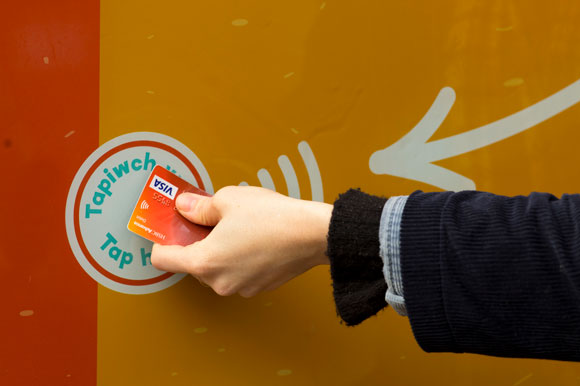 FOR Cardiff is considering using contactless donation points in the city again after a trial raised more than £3,000 for homelessness.

The scheme, which was run by Give DIFFerently and funded through FOR Cardiff, featured an interactive screen installed on The Hayes, one of the city's busiest shopping streets. Supporters could donate by tapping their cards on the window at any time of the day or night between 12 March and 3 April, triggering a £2 donation.

Adrian Field, executive director of FOR Cardiff, the city’s business improvement district, said: "We are delighted to see that the trial of this type of giving has been so well received in Cardiff. It is imperative to us that we invest in the longevity of the campaign. We are looking to work with local businesses to facilitate other contactless pay points and methods of alternative giving around the city."