The lights at Piccadilly Circus are being switched back on after nine months, with Barnardo's set to benefit

It might not have caused quite the furore of the silencing of Big Ben, but another London landmark has been hidden for some months now, though not for much longer.

The famous lights at Piccadilly Circus are due to be switched back on next month after nine months of renovation work, and the #PiccadillyOn campaign has been launched to mark the moment and raise funds for Barnardo’s.

Launched today, the campaign invites people to sponsor a unique colour chip, which will form part of a 3D countdown clock on the screen, before forming part of a choreographed reveal moment in October when the screens will be powered up with a display of the sponsored colours – all streamed live on Facebook. The minimum donation through PiccadillyOn.London is £2.00 and all proceeds will go to the children’s charity. 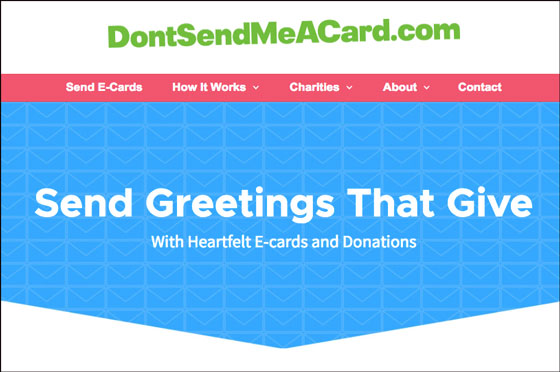 More than 100 charities have now signed up to Dontsendmeacard.com’s ecard service since the social enterprise was launched in 2015.

The platform provides a fundraising toolset for charities that want to encourage supporters to send digital cards and donate the cost of printed cards to their cause. Charities are able to customise their pages on the site, including uploading ecard artwork and creating fundraising pages for different occasions. Supporters can then donate the cost equivalent of cards and stamps, and send ecards by email or share to Facebook.

Charities to have signed up to the platform include Headway, Rainbow Living, KIDS, the British Deaf Association and the Royal Life Saving Society.

"We've seen generous individuals give as much as £200 in lieu of cards and stamps, making it a great source of additional charitable income this Christmas," said founder Alex Furness.