WaterAid has changed tack in its campaign to bring clean water to the world’s most deprived countries.

Instead of highlighting the dangers and difficulties that communities in developing countries can face in clean water provision, the charity has commissioned a series of more inspirational direct response TV adverts designed to make the public feel good as well as ready to support its efforts.

The first advert, First Drop, is designed to be a celebration of clean water, making viewers stop to think about something that can be easy to take for granted.

Charley Day, fundraising manager at WaterAid, said: "Reaching everyone, everywhere with clean water means inspiring a huge number of people to help. To do that, we wanted to break the pattern of traditional charity advertising and show the positivity of clean water, rather than the huge problems of living without." 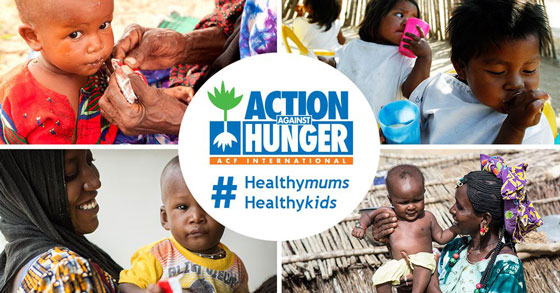 Action Against Hunger’s #HealthyMumsHealthyKids is the first appeal to be announced in the government’s biggest round of UK Aid Match appeals.

The Department for International Development this week launched the match funding worth up to £30m across 25 charity appeals. For every £1 donated to a charity appeal, the government will contribute £1 of UK aid.

Action for Children, World Child Cancer, Concern Worldwide, the Mine Advisory Group and Build Africa are also among the charities already chosen to have their fundraising totals matched for appeals running between next month and September next year

UK Aid Match appeals will be highlighted on www.gov.uk/uk-aid-match and on DfID’s social media channels as they are launched.