Disqualified... from being a trustee or a senior manager

The automatic disqualification rules will be extended to cover even more criminal convictions in 2017. As John Plummer discovers, there is disquiet about the implications

This kind of meteoric career rise could become far more difficult to achieve later this year when new laws will automatically disqualify people with a wide range of criminal convictions from being charity trustees or senior managers.

Those affected will have to resign or apply to the Charity Commission for waivers. Nobody knows how many people will be affected: unlike Stacey, many former criminals who now work in the voluntary sector are reluctant to discuss their pasts. 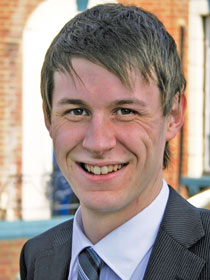 But Stacey (left) fears this could have devastating consequences for many people and organisations when it comes into force in the autumn.

"The legislation will have a chilling effect on the number of applications for charity posts and deter charities from recruiting senior managers and trustees with criminal records, no matter what skills and experience they have," Stacey says.

"If this law had been introduced a few years ago, I would have had to consider my future because my conviction for theft became spent only in 2014."

Under existing legislation, trustees convicted of dishonesty or deception offences are automatically disqualified from holding these posts. But the commission claims the existing criteria are too narrow and has been seeking to broaden them.

After a consultation run by the Cabinet Office in 2013, the Charities (Protection and Social Investment) Act 2016 extended the list of offences to cover a far wider range of convictions, including theft, fraud, terrorist offences, money laundering, bribery, perjury and misconduct in public office.

The act also broadens the framework beyond trustees to include senior managers, such as Stacey, and staff with "control over money". This extension to paid employees was rejected at the draft bill stage but was added when the bill passed through the Lords in 2015.

The commission would not normally have oversight of employees, but could enforce the law through holding trustees accountable for compliance.

This late addition prompted the Conservative MP Sir Edward Garnier, a patron of Unlock and a trustee of the Prison Reform Trust, to secure a 12-month delay to the enforcement of the disqualification provisions to give charities time to prepare after the bill received royal assent in March 2016. The commission then said in November that it wanted the government to put back the introduction of the extension of the automatic disqualification rules until at least September 2017.

Mark Day, head of policy and communications at the Prison Reform Trust, says the new rules are "disproportionate and unnecessary" and should be reviewed even at this late stage. "They're unjust and wrong, and will prevent charities like us recruiting people we believe are best qualified for the job," says Day (right). 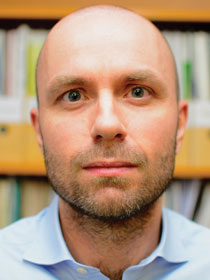 "There needs to be a safeguarding system, but this is a mandatory ban that is going to catch a large group of people who have achieved something many people haven't: a senior position in a charity. To then criminalise them sends out the wrong message and is against the government's aim of helping criminals return to normal life."

More than 10 million people in the UK have criminal records. The Rehabilitation of Offenders Act 1974 means they don't have to disclose crimes to employers once they're classed as spent. The new provisions mainly apply only to people with unspent offences, but there are fears that the extension to include sex offenders will also capture people whose crimes are spent.

A person can continue to be named on the sex offenders register after their crime is termed spent. The automatic disqualification could therefore result in somebody with a spent conviction being forced to resign. Dominic Headley, legal officer at the social justice charity Nacro, says this "clearly conflicts" with the Rehabilitation of Offenders Act. Headley predicts that this will result in a legal challenge and the government "will have to spend a lot of time dealing with the mess".

Mark Johnson (above), a rehabilitated ex-offender and former drug abuser, set up the charity in 2009 and it now has an income of £2m and 90 full and part-time staff. Johnson, the chief executive, estimates that 85 per cent of its employees and trustees are ex-offenders.

The charity helps criminal justice organisations to improve the way they work by providing feedback from ex-offenders, and has been feted for its approach. He pledges that this will not change when the new provisions become law. "My organisation, under my watch, will be user-led," he says. "Simple as that."

Johnson is still unsure how the provisions will be applied and would like more information, especially about the waiver process. But he has grave concerns.

"We work in some of the worst parts of the country and it's laughable to be told by bureaucrats that many of our staff or trustees could be disqualified," he says. "I would probably go to court to challenge it. If these provisions do go ahead, I'm certain there will be a campaign against them that will embarrass the government."

Johnson says the change in the law could punish many charities whose work brings hope to ex-offenders as well as the beneficiaries of their work. He also questions why the private and public sectors aren't subject to the same controls.

"It makes me sick to my stomach how risk-averse policymakers could stop the contributions organisations like us make to helping the public," he says. "On the one hand, you have legislation saying you can punish and reform; this appears to be denying the chance to carry out that reform. Ex-offenders bring unique talents to the criminal justice system. Morally, who has the right to stop that?"

People affected by the legislation are expected to self- declare, which will involve notifying trustees. How charities handle such sensitive information raises data protection and privacy issues, says Headley. Any charities that find board members or senior managers acting while disqualified are required to dismiss them and inform the police and the Charity Commission.

Headley warns that fear and confusion could cause charities to become over-cautious about recruitment. There are also concerns about bureaucracy, particularly given that the commission estimates it has granted only 10 waivers since 1993. Jane Klauber, a partner in the charities and social business team at the solicitors Russell-Cooke, says: "It could lead to a flurry of applications for waivers at a time when the commission is less able to cope with an upsurge in administrative work."

Elizabeth Chamberlain, head of policy and public services at the National Council for Voluntary Organisations, says she has some sympathy with the commission because the disqualification rules were extended beyond what it wanted. She agrees that a legal challenge is likely.

"There's no impact assessment so we have no idea of the number of people affected," she says. "It could be less than 100; it could be thousands. That amount of uncertainty is a concern, especially for those working in the rehabilitation sector and, as standard practice, have chairs and trustees with criminal pasts."

Extending the provisions to include paid staff as well as voluntary trustees raises the prospect of employment disputes and tribunals. David Gray-Jones, a partner in the employment law firm Thomas Mansfield, says: "These changes could have a significant impact on the employment of senior managers of charities. Managers who are automatically disqualified under the new provisions will face the loss of their employment, even if they have carried out their duties successfully prior to this."

The fate of managers is a particular concern for Asheem Singh, interim chief executive at the charity leaders body Acevo. Singh says the legislation is "littered with landmines" and many chief executives of rehabilitation charities have criminal backgrounds. "Lock them out of being part of the solution and society suffers," he says.

Andrew O'Brien, head of policy and public affairs at the Charity Finance Group, says it isn't clear to whom the term "control over money" in the provisions applies. For example, is it just finance directors, or others, such as project leaders who control budgets? O'Brien also points out that many small charities don't have clear hierarchical structures and "everyone does a bit of everything".

The Charity Commission is in the process of creating guidance and a working group, which includes the Prison Reform Trust, Unlock, Nacro, the umbrella charity Clinks, the NCVO and the Ministry of Justice, has been set up to prepare the sector for the changes. Nathan Dick, head of policy and communications at Clinks, says he had hoped to see guidance and the waiver process tested by now. "Even charities in the criminal justice sector haven't noticed this change is coming," says Dick. "For charities outside the criminal justice system it might be an even bigger issue because they could be less mindful that some senior managers or trustees have convictions."

Evans adds that how the commission applies the waiver process for trustees and senior managers will be a crucial factor.

A Charity Commission spokesman says parliament supported extending the automatic disqualification power. "The previous criteria were generally considered to be too narrow and did not cover several areas it was widely accepted should merit disqualification, including convictions for serious terrorism offences, money laundering or bribery," he says.

He says the regulator is aware that the changes will have a significant impact on some people and it has always been clear that charities and those people affected by them must have enough time to prepare. "In order to do so fully, we are working with the Office for Civil Society to set a commencement date later in 2017. We consider that this should not be before September and are hopeful that this will be agreed."

But Garnier tells Third Sector that the commission and government both need to show more urgency in addressing fears about the automatic disqualification extension. And if they can't move faster, he says, postponing the implementation of the measure might turn out to be the right move.

"It is surely better to get this right than to cause irreparable harm to charities and individuals who are trying to make our country a better and safer place," he says.