The dos and don'ts of merging

Mergers are an increasingly tempting option for charities, but they can be tricky to get right. Liam Kay finds out how to avoid the pitfalls when bringing organisations together

Mergers are complicated in the charity sector. They can involve years of discussion, only for talks to breakdown at the final hurdle.

The questions range from whether the merger is in the charity’s best interests – such as whether it will deliver cost savings or improve service quality – to whether the full costs of merger have been estimated, what professional advice is needed, and how you should plan and communicate the decisions.

Richard Litchfield, chief executive of the consultancy firm and merger specialists Eastside Primetimers, says there are a number of steps that all charities should go through on their way to completing a merger.

First, they should focus on strategy, Litchfield says, adding that although merger or collaboration is not a replacement for a strategy, "it just might help you get there quicker".

The next step is to clarify the objectives of and motivations for the merger, and then to get the board’s agreement before exploring the idea of a merger more fully, allowing any concerns to be raised before the planning process begins.

After this, Litchfield says, the charity should consider its "red lines" – specifically, what needs to be protected post-merger. He says this might be particular services run by the charity, people in the leadership team or the charity’s brand.

Once these are decided, the search begins for partners that meet the objectives of the merger and which have complementary strengths and weaknesses to the charity in question.

Potential impediments to a merger, such as pension liabilities or legal issues, also need to be examined. If there are no issues, Litchfield says, you can begin conversations with the other party about pursuing a merger.

It is at this point, he adds, that conversations about the structure of the new charity can begin, not earlier in the merger process, as some charities think.

He also warns that charities should bring staff onside early in the process and explain the reasoning behind the merger. He says that although this will inevitably create some uncertainty about job security, being up front about what is happening will make the merger process easier in the long run.

All mergers cost, mainly because of the need for legal advice, additional staff costs, project management and due diligence. 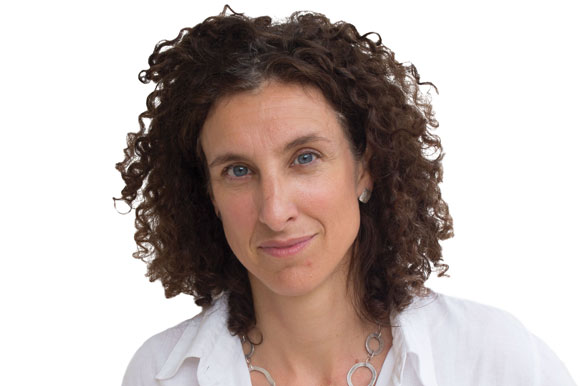 If you can't get beyond that initial commitment, then a merger is off the cards. It's a courtship, a relationship

And the costs can be onerous, especially for smaller charities. A report by Social Investment Business and Eastside Primetimers, Match Points, said mergers can cost between £130,000 and £350,000 to implement.

But these costs can be mitigated. Lisa Harker, chief executive of The Art Room, which merged with the larger children’s mental health charity Place2Be earlier this year, says her charity completed the merger on a shoestring budget, relying mostly on pro-bono legal support. She says any merger requires careful planning and thought.

"You need to think top-to-bottom about every aspect of your organisation: staff, premises, your existing processes, your legal commitments, your financial position, investments and future liabilities," she says. "So it really does mean going through the organisations with a fine-toothed comb in order to find the best way to bring them together."

For some charities that cannot merge, such as those with large pension deficits, a looser collaboration arrangement could be a better alternative – for example, working together on specific projects or sharing back-office functions. Harker says collaboration should always be the starting point for charities.

"You always start with talking about whether you want to work in partnership," Harker says. "If you can’t get beyond that initial commitment that you are going to work together very collaboratively, then a merger is off the cards. It is not like you go from your first date to your wedding ceremony overnight. It’s a courtship, a relationship: you start with the idea of working collaboratively and you build on that."

Ultimately, the success of any merger comes down to whether the organisations involved are a good fit in the first place. Dan Corry, chief executive of the think tank NPC, says that charities sometimes "just look at pure costs savings – you don’t need two heads of policy or fundraising", but adds that the real benefit of a merger should always be judged on whether the charity can do more social good at the end of the process.

Harker says that charities need a shared mission and goals if any merger is to be successful.

"The main thing that binds a merger together – or doesn’t – is mission," she says. "If there is enough of a match between the two organisations, you can drive a merger through very effectively because you are really centred on what you are trying to achieve and why by coming together you can achieve more. If you don’t have a match between your missions, it is difficult to achieve a successful merger."

Charities should never see mergers as simply a route out of financial calamity, she adds.

"It is a great shame that we often consider mergers only when we are in the last-chance saloon, and then it is about trying to survive," she says. "If you can approach the question of merger at an earlier stage, from a position of shared strength, you can have a good look at what you can achieve as two organisations.

"As a sector, we need to change our mindset on mergers. We need to start thinking of them as positive options to achieve our mission, rather than as part of a last-chance effort to keep an organisation alive."