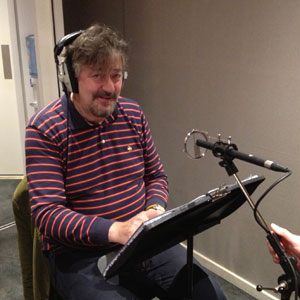 The four-minute animated film, called The Lonely Dodo, has been made to raise awareness of the Jersey-based charity’s conversation techniques. Long-term supporters and friends of the charity Stephen Fry (right) and Alistair McGowan give voice to the characters. The Lonely Dodo uses the extinction of the dodo, imagined from the perspective of the very last dodo on earth, to communicate the plight of other species that are now in danger of extinction.

The film features a range of other critically endangered species with which Durrell works, including the Hispaniolan solenodon, the pied tamarin, the mountain chicken frog, the ploughshare tortoise, the floreana mockingbird and the pink pigeon.

Durrell hopes that 250,000 people will view the short film over the next year.

This video effectively humanises the plight of endangered species by making the dodo a lonely character who is looking for others of his kind. It engenders an emotional response to his plight, but mixes this perfectly with humour, making it an entertaining film to watch.