Editorial: A second chance for Chris Grayling to make the most of the sector's expertise

Charities and voluntary groups could make a vital contribution to offender rehabilitation if the planned outsourcing of probation services is handled effectively, writes Stephen Cook

It was like a patch of blue sky in a grey January when the Ministry of Justice last week announced a new approach to the rehabilitation of offenders that will offer significant contracting opportunities to the voluntary sector. This is tough on the probation service, which will be left managing only the most serious offenders, but many feel it has lost its way. 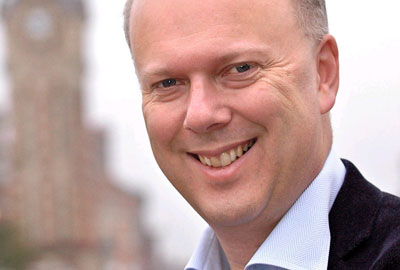 Then the sky clouded over again when one remembered that the man in charge is Chris Grayling (right), the justice minister. He was previously a junior minister in the Department for Work and Pensions, where his special project was the Work Programme. This was trumpeted as a great opportunity for the sector, but proved mostly to be a snare and delusion.

Hence the strong emphasis on 'cautious' in the cautious welcome given to Grayling's announcement by leaders of criminal justice charities and umbrella groups. The fear is that the private sector will once again prove to be the main beneficiary, with voluntary organisations excluded or acting as subcontractors, often on unsatisfactory terms.

On the plus side, the Ministry of Justice has pledged £500,000 to help voluntary organisations bid for contracts. There is now to be a six-week consultation period when vital questions - like the structure of payment-by-results regimes, which could make or break the sector's chances - will have to be tackled.

Grayling clearly appreciates the special contribution voluntary organisations can make. When he started the job, he praised small schemes in which reformed offenders meet and mentor those leaving prison. But the sector can't magic up a nationwide version of such schemes to meet political demands for a quick win before the next election.

The minister would do well to listen to Clive Martin, director of the umbrella body Clinks, who in an interview with Third Sector before Christmas, called for a long-term plan to develop an evidence-based programme for reducing reoffending with proper provision for financing the sector's contribution and enabling it to develop its workforce.